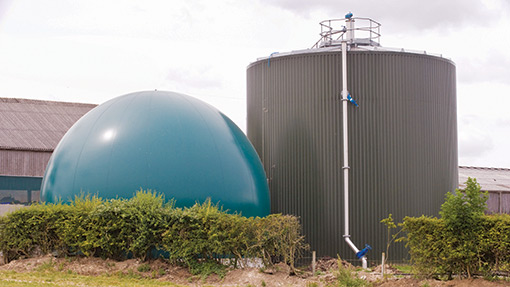 Small- and medium-scale anaerobic digestion has been put at risk by the government reneging on a commitment to consult with the sector on the effect of damaging Feed-in Tariffs (FiTs) cuts.

Installers, investors and farmers are furious about the U-turn, which they say has endangered projects already in the pipeline and could stop development of plants smaller than 250kW in its tracks by the end of this year.

Energy minister Greg Barker had promised in a letter to industry representatives in late November to consult in January 2014 on measures, including a tariffs review.

However, that consultation has not taken place and a FiTs cut of 20% will take effect from 1 April for new projects.

In the letter Mr Barker stressed the government’s commitment to energy generation from waste and acknowledged the “unintended consequences” of the current degression arrangements. This sees automatic cuts in support when installed capacity and pre-accredited capacity reaches a trigger level.

Pre-accreditation is a mechanism that allows plants not yet built to lock into FiTs rates and the effect of this, combined with capacity already installed, has triggered the 20% cut.

Smaller-scale sector representatives argue that such plants have an inherently higher cost because they do not have the economies of scale offered by larger plants and so need higher support.

“It is deeply disappointing the DECC [Department of Energy and Climate Change] has not been able to follow through on its commitment to ‘consult on measures, including a tariff review, in January [2014]’, and this decision appears contrary to the government’s stated support for small-scale AD on farms in particular,” said Anaerobic Digestion and Biogas Association chief executive Charlotte Morton.

“The highest tariff degressions were designed to deal with ‘runaway’ deployment, but are hitting smaller-scale AD, despite just five sub-250kW plants coming online in 2013.

“This clearly goes against the spirit and intention of the policy, which will be hard to swallow for farmers, developers and their employees.

“The window to save small AD is getting smaller, but is not yet closed, as there are a number of plants already under construction.”

The Renewable Energy Association’s head of policy Paul Thompson described the move as a bitter disappointment.

“The government has kicked this issue into the long grass, leaving several projects and companies in the sector at extreme risk,” he said.

What is small-scale AD?

The change comes at a particularly sensitive time in the development of the smaller end of the sector. CH4e has installed a demonstration plant and has up to 15 sub-250kW plants in the pipeline on farms across the UK.

Chief executive Mark Nichols said some of these would now be in jeopardy as a result of the 20% FiTs reduction from April, compounded by further reductions in October (10%) and in April 2015 (20%).

“It’s going to be very difficult – if not impossible – for our clients to be able to afford to put in these plants with the reduction in tariffs.”

CH4e specialises in smaller-scale plants that are fed from slurry and other produce from their host farms. Typically the host farm provides the land and receives rental income and largely free heat and power, as well as the digestate for use on the land.

“We had modelled a 10% reduction from April,” said Mr Nichols. The drop in support took the return lower than the risk profile investors were currently willing to accept, he said.

One danger of the cuts is that companies developing and installing small-scale AD on farms in exchange for the power, heat and digestate they produce, as well as a site rent, might have to modify their offering to farmers in future in order to keep investors interested.

“Farmers who want a small-scale AD plant [less than 500kW] have a very limited window of opportunity – they need to have grid connection, full planning permission and pre-accreditation from Ofgem in place by 30 September 2014 in order to qualify for the FiTs from 1 April of 11.52p (250-499kW) and 12.46p (sub 250kW). After that date they will be subject to a further 10% minimum degression.”