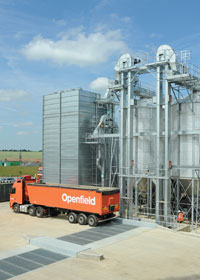 A government-backed report calling for an urgent redesign of the global food system to feed the world healthily and sustainably has prompted a strong reaction from government and the food and farming industry.

The project involved around 400 leading experts and stakeholders from about 35 countries across the world. Researchers explored the increasing pressures on the global food system as the world’s population heads towards 9bn by 2050.

Their findings draw upon more than 100 specially-commissioned and peer-reviewed evidence papers.

The Foresight report said efforts to end hunger internationally were already stalling. Without decisive action food prices could rise substantially over the next 40 years, making the situation worse.

DEFRA secretary Caroline Spelman said unlocking an agricultural revolution in the developing world could be achieved by improving access to knowledge, technology, markets and infrastructure. “To fuel this revolution, we must open up global markets, boost global trade and make reforms that help the poorest,” Mrs Spelman said. “Trade restrictions must be avoided, especially at times of scarcity.”

“The UK government is determined to show the international leadership needed to make that happen,” said Mrs Spelman.

“High-tech approaches, such as GM crops, are not dealing with the long-term problems the Foresight Report process was designed to address – namely how to feed the world’s population within the limits of the natural resources available without causing irreparable harm to the planet and biodiversity,” said Mr Riley.

CLA president William Worsley agreed with the study’s conclusion that to meet the food and environmental security challenges facing the world would require a sustainable intensification of global agriculture.

Most of the world’s “food insecure” live in Sub-Saharan Africa and Asia. However, this does not mean that Europe has no role, he said.

The report should serve as a “wake-up call” to government, Mr Worsley added.

NFU chief science adviser Helen Ferrier said: “New technologies and farm management practices, as well as the promotion of existing knowledge and best practice, are critical. There is no single solution and all technologies must be considered when we are facing such a major global challenge.

“The British agriculture industry is intimately linked to the global food and energy supply system and is subject to the damaging volatility in weather and prices that characterise the 21st century.

“The UK has a responsibility to increase its productivity and to make best use of our resources, infrastructure and geography. Yield and quality losses due to pests, diseases and weather amount to a waste of resources that the world cannot afford. There are high expectations of our farmers so we need forward-thinking policies, effective supply chains and investment in R&D to be able to produce more while impacting less on the environment,” Dr Ferrier said.

“We need to be honest about the failures of certain technologies – such as GM – to provide food for a growing world population,” according to Molly Conisbee, campaigns and communications director at the Soil Association.

“Despite billions being pumped into GM, it has failed to deliver against its promises. Contrary to the pro-GM advance publicity, the report contains much that supports agro-ecological methods, such as organic. In particular, it highlights the need for research in agronomy, agro-ecology, soil science and other areas that have been neglected in recent years”, said Ms Conisbee.