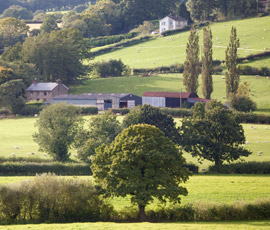 Green schemes should not be seen by farmers as an alternative income stream, according to Wales’ deputy farming minister Alun Davies.

Mr Davies defended the Welsh green scheme Glastir which is unpopular with some farmers.

Farmers do not like the scheme because it is not as generous as the existing land management initiatives that it will replace next year.

But Alun Davies, the Welsh Government minister responsible for farming in Wales, said the schemes were only ever intended to reimburse farmers for income foregone.

He was responding to a statement made by farmer, Ellis Williams, at the NFU Cymru annual conference at Builth Wells on Thursday (3 November).

“Food production in the uplands is very costly and however wonderful Glastir is I can’t see that it will give the same support as Tir Gofal and Tir Mynydd,’’ said Mr Williams.

The minister said farmers like Mr Williams had misinterpreted the reasons why these schemes existed.

“They were designed not for income support but for delivering environmental measures and income foregone during this process,’’ he said.

“They were never ever income support schemes and should never have been recognised as such.’’

Mr Davies said Glastir was important because it demonstrated to the European Commission that environmental measures in Wales could be delivered through Pillar 2 of the Common Agriculture Policy.