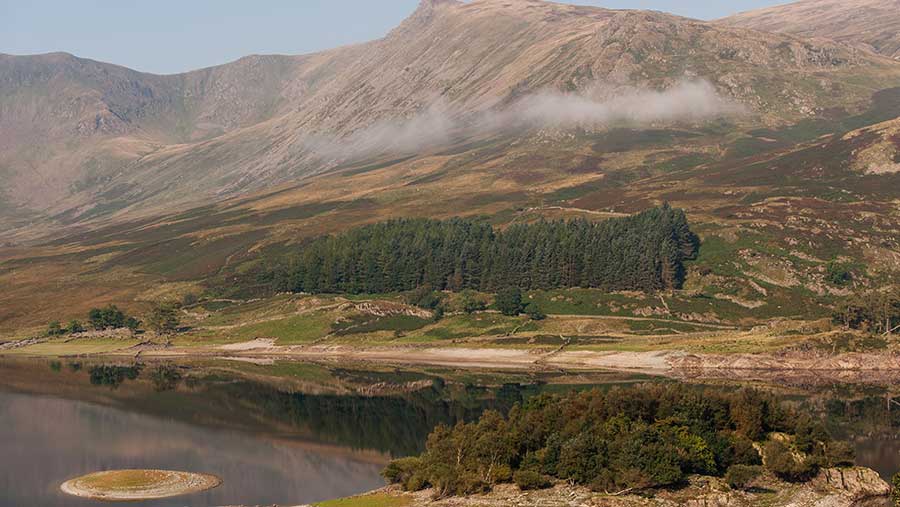 Relying solely upon agri-environment schemes for post-Brexit agricultural policy will be insufficient to sustain a profitable farming sector and the environmental management it supports, the Tenant Farmers Association has warned.

According to TFA chief executive George Dunn, limiting public money to support environmental management, while relying on the market to deliver a return for the other farming outputs, is “too simplistic”.

“Currently, the marketplace does not deliver sustainable prices to enable farm businesses to be profitable over the long term,” said Mr Dunn. “This market failure must be addressed in any future government policy.”

Mr Dunn points to a recent RSPB report, which set out the 2013-2016 financial accounts for its farming enterprises on two tenancies in Haweswater in the Lake District National Park.

These two farms, which are owned by United Utilities, are involved in a trial designed to produce high-quality livestock, while also safeguarding water quality and enhancing wildlife.

Run as one unit, they cover an area of 3,000ha, of which 750ha is “managed land” and the rest is common land with grazing rights.

The enterprise has 1,150 breeding ewes, plus followers, and a small number of cattle and ponies.

All the land is in some form of higher level stewardship (HLS), which makes up the bulk of the income.

According to the RSPB report, the farming operations are making a significant loss, in part due to the high labour costs associated with moving and gathering sheep.

Even with the Basic Payment Scheme (BPS) money added back in, the farms made a loss.

And the substantial HLS payments, of £173,501, failed to cover the loss in isolation, after allowing for rent.

“Without continued support payments through HLS and BPS, it would be very difficult to continue farming under the current model,” concludes the RSPB report.

The TFA is adamant that farming needs to be profitable for it to be sustainable.

“The RSPB evidence shows that simply removing the BPS, while retaining agri-environment schemes, will not be enough to achieve this,” said Mr Dunn.

“While green schemes should form part of post-Brexit policy for food, farming and the countryside, they cannot stand alone without significant government action to deal with inefficiencies within the supply chain and a reluctance to allow the true cost of food to be reflected in retail prices.”

Mr Dunn agrees that farmers need to take responsibility for their own productivity. “But there will be no incentive to do so if the benefits accrue to the rest of the supply chain.”