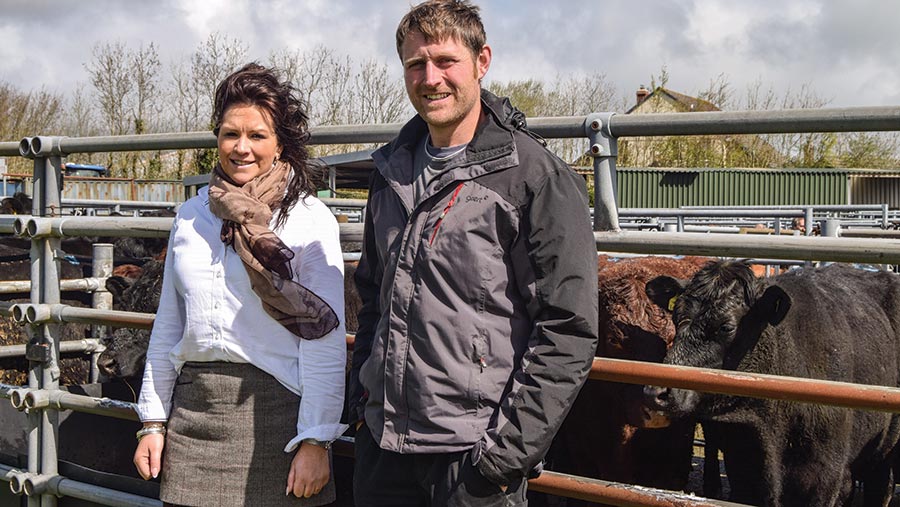 A farmer-led volunteer group designed to support the rural community has taken the step to restructure to become fully independent and widen its offering to its members.

The Exmoor Hill Farming Network (EHFN), which started six years ago and works with 318 farm businesses, started a governance review in 2018 and decided the Community Interest Company (CIC) route was the best option.

The network holds knowledge-transfer events, organises training and has groups for women, the next generation and micro-farming businesses, all with the intention of safeguarding the uplands and tackling rural isolation.

Previously, the network was hosted by North Devon+, which runs rural development programmes in North Devon and Torridge, meaning it handled the finances and the responsibility for any staff members.

Though this worked well at the network’s inception, stepping away and becoming fully independent appeared the best option for the group to be able to grow and progress.

Dave Knight, who runs a beef and sheep farm near Minehead, has been chairman of the network since its establishment and is now leading the company’s board of directors.

He said it will be quicker and easier to make decisions and implement them as a CIC.

“Everything we wanted to do had to go back to North Devon+, but now we can call the directors together and make the decision there and then,” Mr Knight said.

“North Devon+ has played a key role in our success, but if we hadn’t grown from that, it would have felt like a failure on our part.”

Setting up the CIC

The existing group was technically an unincorporated association of individuals and partner organisations that used North Devon+ as its legally accountable hosting body.

During the EHFN’s review, the CIC’s benefits and requirements became clearer.

Having made the decision to proceed in June 2019, the CIC was legally in place by August, though in practice took about six months.

Between August 2019 and the official launch date of 1 February 2020, employment records, contracts and remaining funds from the host were transferred.

The group took advice from Jan Ross at Engage, who has experience in setting up CICs, and asked a solicitor to check the documents prepared by Robert Deane, managing director at consultant Rural Focus, before submission to Companies House.

The online set-up of the CIC cost about £30 and was quick and easy, especially in comparison to the alternative Charitable Incorporated Organisation (CIO).

Key issues to consider included: who the directors would be; what the community benefit objectives should be; and what would happen to assets if the CIC was dissolved.

Mr Deane said: “The directors are all farmers and most run family partnerships so aren’t involved in companies.

“They were aware of taking on more legal responsibilities, such as employing staff, health and safety, as well as financial liabilities, though depending on what you write into your memorandum and articles of association this could be as little as £1.”

The company’s board consists of 11 directors, all formerly of the network’s steering group, and four advisers – two from the Exmoor National Park Authority, one auctioneer and one land agent.

Being part of a large group made the directors feel more comfortable as they were able to share out the roles, such as finance, business planning and marketing, said Mr Deane.

An external payroll provider has been taken on board.

A CIC could be a good step for similar community groups once they have reached a certain size, such as needing to take on staff, and if they feel a legal governance structure would be helpful, he added.

Katherine Williams, EHFN network officer, said the group has been working towards becoming a CIC for a long time and the process has been a huge learning curve.

“It’s helpful to pick up the phone and ask questions of people who have already dealt with it, such as Farm Cornwall and the Cumbrian Farmer Network. You’ve got to use these resources,” she said.

The majority of the costs of running the network are met by the Prince’s Countryside Fund, the Exmoor National Park Authority and North Devon Council, due to run until 31 January 2021.

The group created a proposal for sustaining and improving Exmoor’s farmland and countryside post Brexit, as well as other similar upland areas, which was presented to former Defra secretary Michael Gove in 2017.

It is currently taking part in Defra’s test and trials of the Environmental Land Management scheme.