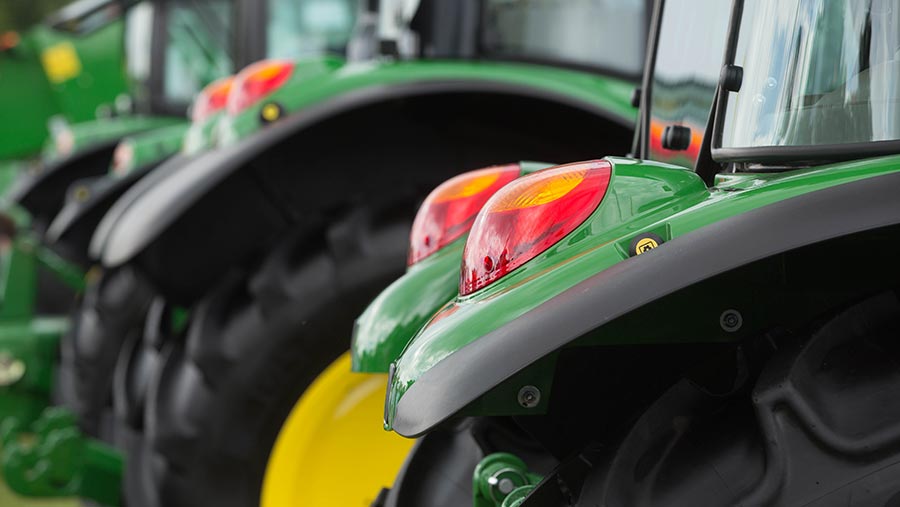 Registrations surged to 1,360 units in December, a 164.1% increase on the same month in the previous year.

“This is well over double the number registered in the same month of 2016, mainly due to a large number of machines being pre-registered in advance of the introduction of new regulations on 1 January 2018,” said Stephen Howarth, agricultural economist at the Agricultural Engineers Association.

See also: Farmers spending too much on machinery and equipment

“It is likely this will lead to some suppression of the number of registrations in the early months of 2018.”

The big rise in December bumped up the annual figure to produce only the second annual rise in the number of registrations in nine years and the first since 2011.

Even without the additional pre-registrations, last year’s total would still have been higher than the previous year, said the AEA, although the rate of increase would have been lower.

At accountant Hazlewoods, tax director Peter Griffiths said the increase would also have been driven by larger-scale farmers, many of whom were confidently expanding and investing on the back of that expansion.