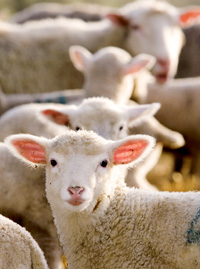 Imported food from Brazil and New Zealand could have less impact on the environment than food produced in the UK, a DEFRA-funded study has claimed.

Researchers from the Cranfield University found Spanish strawberries and tomatoes and lamb from New Zealand could be more environmentally-friendly than the same food produced in the UK.

The study compared factors such as energy use, global warming potential, pesticides use and land requirement of seven foods, including potatoes, beef, lamb and strawberries.

It claims British-grown strawberries and tomatoes are worse for the environment than Spanish varieties because so much energy is needed to heat greenhouses here that there is a trade-off between the amount of energy needed to transport them to the UK.

While the production systems used by Brazilian and British poultry farmers were largely similar, the report says 25% less energy was used in producing Brazilian poultry meat.

“A main feed, soya, has much lower transport burdens in Brazil, Brazilian poultry houses are essentially naturally ventilated and structures are simpler so that the housing burdens are smaller,” it says.

The study, which was published last year but not made public by DEFRA, also says lamb from New Zealand was more sustainable than British-produced lamb if transport was taken out of the equation.

“The global-warming potential arising from production of tomatoes and strawberries in Spain, poultry in Brazil and lamb in New Zealand remained less than from those foods produced in the UK, despite the greenhouse gas emissions that took place during transport,” the report says.

Unless consumers radically changed their lifestyles by becoming vegan or eating more seasonal foods, it may be better to import staple foods and avoid the emissions caused by refrigerating British produce for long periods, it adds.

Patrick Holden, Soil Association director, urged consumers not to let the report put them off from buying locally-produced food.

“People shouldn’t conclude that the food miles or distance food travels isn’t an issue,” he said. “Consumers need to recognise it makes sense to buy staple foods which are in season and from as close as possible to where they live.

“We can’t eliminate international trade and nor would we want to, but let’s not use one or two examples to jettison the proximity principle.