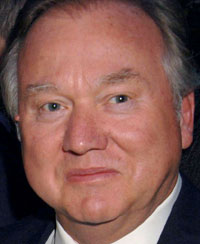 In a letter to Farmers Weekly and the Financial Times today, Sir Anthony criticises the government for allowing food self-sufficiency to decline to 60% while clocking up billions of food miles with imports.

“Since the Ministry of Agriculture became DEFRA, a strong support of farming has shifted to a woolly focus on rural affairs, and their lack of interest in food self-sufficiency is further evidence,” he said.

“They should remember that the agri food sector accounts for 6.9% of the total economy and provides 3.6m jobs (13.8% of all employees in Great Britain) which, incidentally, is more than four times as many as the car industry in the UK. And it could generate more, should DEFRA do its job.”

He said he felt “compelled to respond” to recent comments made by Hilary Benn, which he feared showed DEFRA’s indifference.

JCB is the only remaining British manufacturer of tractors, but its construction equipment business has been seriously hit by the downturn, with over 1700 job losses since last July.

Sir Anthony is a farmer and is ranked 34th in the 2008 Sunday Times Rich List.