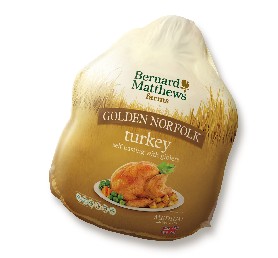 Management had warned in February that a total of 160 jobs were  at risk as whole-bird production was moved from Great Witchingham to Holton in Suffolk.

But following a strong Christmas period and increasing demand during the year, the company has indicated that job losses could  drop  down into the 20s. Production has also been buoyed by the acquisition earlier this month of Lincs Turkeys.

“We are delighted to be making this announcement for two reasons,” said a senior  company spokesman. “Firstly, we’ve managed to safeguard nearly 140 jobs, which in a tough economic climate is great news for our employees and their families.

“Secondly, alongside the recent acquisition of Lincs Turkeys, it is further evidence that the company has turned the corner and is making good progress in relation to its plans to drive profitable growth.

“However, we are not complacent and will continue to seek out business efficiencies in order to remain competitive.”