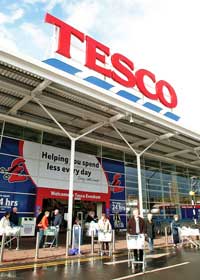 A supermarket ombudsman would not benefit farmers and would increase costs in the supply chain, a leading retail representative has claimed.

Andrew Opie, director of food and consumer policy at the British Retail Consortium, said creating another quango would only cause the cost of food to rise.

“Most are processors and manufacturers and lots of those will be very large companies, some of them much larger than retailers,” he said.

“The problem we see is you will alter the balance of negotiation between large companies and retailers trying to get value for consumers.

“We don’t want to build extra cost into the supply chain that will hand on costs to the consumer.”

Mr Opie also criticised claims an ombudsman would have an annual cost of just £5m to set up and run.

Juilan Hunt, FDF director of communications, said that while many producers were big enough to have robust conversations with retailers, smaller producers needed a “sense of fairness” in the supply chain.

“The challenge is for retailers to find a way to make it work cost effectively and to give some transparency,” he said. “In our view that’s what fair trade looks like.”

NFU president Peter Kendall defended calls for a retailer watchdog and slammed supermarkets’ “short-termism” when it came to producer relationships.

“There are cases where retailers do some good, but it is too little and not widely enough spread,” he said.

“We don’t want a massive quango and more bureaucracy, but it needs to look under the surface of what’s happening in these relationships.”

Junior DEFRA minister Jim Fitzpatrick said the government was looking at recommendations from the Competition Commission which suggested the need for an ombudsman.

“As farming minister I have heard what the industry is saying but there are other departments with different views and we are having that discussion,” he said.

“I am conscious that this debate has gone on for some time and we are committed to finding a conclusion as quickly as we can.”