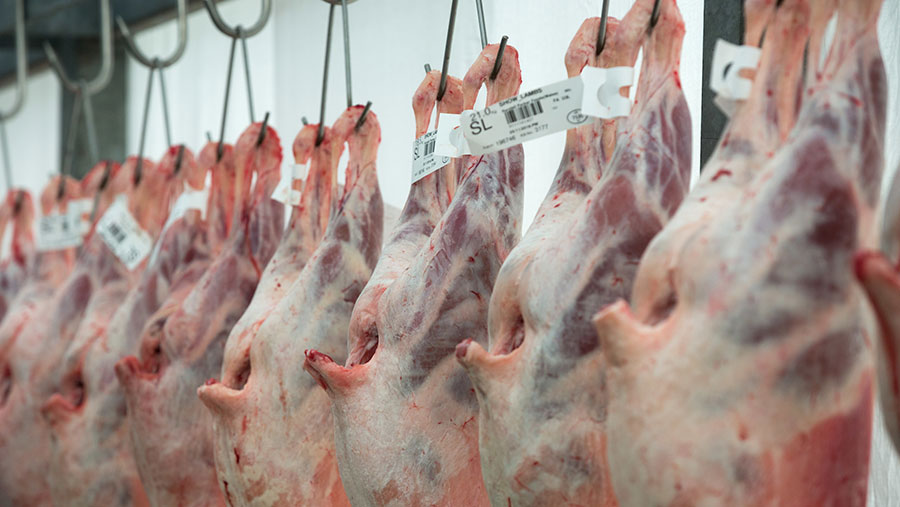 Last year proved extremely difficult for lamb at retail in Britain, with sales volumes dropping by one-tenth in the 52 weeks ending 13 December, according to the latest figures from Kantar Worldpanel.

Total sales volume in Britain tumbled 9.8% year on year to 67.9m kilograms, with overall spend also suffering, down 4.8% across the same period at £594.6m – supported only by the increase in retail prices.

Almost every category of lamb offering saw volumes and spend fall, said Kantar, with only mince seeing a 3.8% spend increase to £52.4m and “lamb other” also up marginally in spend and volume.

There were ominous signs for the retail sales volumes of the two largest categories, with leg roasting joints down 12.5% to 27m kilograms and lamb chops dropping by 8.5% to 17.8m kilograms.

“Lamb has been under pressure for a long time and it would be silly not to be concerned by these figures,” said AHDB red meat lead analyst Duncan Wyatt.

“It’s now down to the industry to innovate and attract younger buyers to lamb as the current demographic is an ageing one,” he said.

Mr Wyatt added that the strong performance of UK lamb exports, and the fact that Kantar’s figures do not include food services, means the fall was likely closer to 8%, with a far smaller drop anticipated in 2018.

The outlook for exports was far less bleak, with the latest AHDB Beef & Lamb figures for October 2017 showing a 12.9% year-to-date increase in shipments, at 70,101t.

October’s fresh and frozen lamb export figures were 13.4% above where they were in the same month in 2016 at 7,819t, with the vast majority continuing to go to the Continent.

The UK maintained its export trade surplus for lamb, with imports 3,074t below export shipments at 67,027t for the year to October 2017.

Should market conditions, including high mutton prices in China remain the same into the beginning of 2018, UK lamb imports from New Zealand will repeat last year’s low levels, according to AHDB Beef & Lamb analysts.

Mr Wyatt said: “These figures are positive and [AHDB] believe they are a little low and we’re shipping even more.

“Globally lamb is a bit of a niche market – but there is substantial demand from China at the moment and the US market could also grow a little.”

Mr Wyatt added that lamb was the red meat most threatened by the potential loss of access to the EU single market following the UK’s withdrawal from Europe.