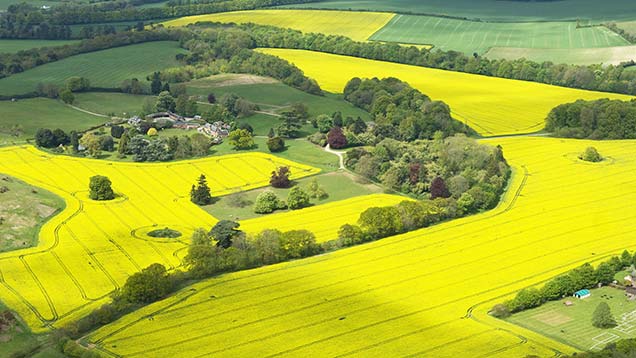 The change in the value of large blocks of arable land is outstripping prime central London residential property.

Over the past 10 years the value of arable blocks with investment potential (more than about 1,000 acres) has risen 228%, while the value of prime housing in central London has gone up 135%.

By comparison, the value of gold increased 207% in the past decade.

The figures, compiled by Knight Frank as part of its new farmland investment index, showed such farmland had hit an average of £12,500/acre.

However, values since March had not increased and the agent said this indicated that prices might be starting to level out.

“The institutional investor has come back with greater resolve in the past 12 months following the sale of the Co-op Farms’ portfolio and now has a greater understanding that although values might fluctuate, the underlying asset is never depleted if managed properly.

“More land is coming to the market and greater portfolios are being put together.”

Andrew Shirley, head of research at Knight Frank, said the lines were blurring between farming buyers and investors of 1,000-acre plus arable blocks.

He said investors included high net-worth individuals from mainland Europe, pension funds and smaller institutions. Most tended to buy for the longer term or at least 10 years.

Arable land in East Anglia had traditionally been the most in demand from investors, said Mr Shirley, but Hampshire had more recently seen a surge in interest and Scotland had started to be looked to now as offering greater value.

As farmland became a more common investment, it was attracting more professional investors, he said, who were more savvy and scrutinised farmland more before buying.

The Knight Frank investment farmland index is based on UK-wide sales of a number of different agents, plus historical knowledge.