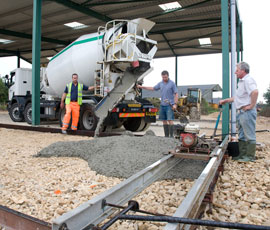 A levy designed to offset the impact of new buildings on local infrastructure may cost farmers thousands of pounds.

The Community Infrastructure Levy is a new charge that applies to any residential or commercial building that has 100sq/m or more of internal floor space, or involves the creation of one dwelling, even if it is less than 100sq/m.

Local authorities can decide whether to make the charge and, in many cases, higher rates are being applied to rural areas because it is assumed the impact will be worse than in more developed areas.

For example, Mid Sussex District Council is proposing rural houses of 150sq/m over two floors, which would be liable for a charge of £32,000 whereas a similar sized development in an urban area would only face a charge of £22,000.

While this is the first time farmers have been affected, the planning system historically featured developer contributions known as Section 106 agreements, but these tended to apply only to major developments.

Property consultancy Bruton Knowles is urging farmers and landowners to petition their local authority to try and prevent them from levying the charge.

“The fact that the CIL only applies to planning permissions concerning 100 sq m, or more, comes as little consolation to those businesses with high space requirements but that cause little, or no, impact on infrastructure and which do not derive an income directly related to the floor area to be provided,” rural development expert Alister King-Smith said.