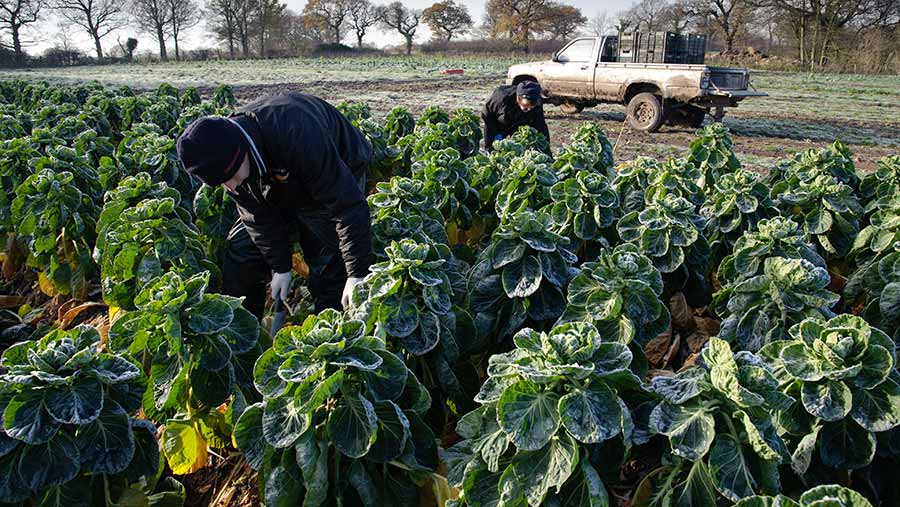 Almost half of Scotland’s horticultural businesses say they will have to downsize their farming operations if they do not have access to the same migrant labour pool after Brexit.

A report by Scotland’s Rural College, which investigated the use of seasonal workers in Scotland’s soft fruit and vegetable sector, estimates 9,255 migrant workers were employed during 2017 to help pick and pack produce.

Employers report there has been a long-term decline in the availability and willingness of the local Scottish and wider UK labour pool to work seasonally on farms, so they have substituted with non-UK workers.

Almost 60% of these workers are from Bulgaria and Romania, with this seasonal workforce generally regarded as “motivated, reliable, hard-working and honest”.

The report noted there was a shortage of seasonal migrant farmworkers last year, as the effect of Brexit started to be felt.

A survey of migrant workers showed while 40% of them intended to return to Scotland to work on farms in 2018, 46% were unsure whether they wanted to.

Nearly two-thirds of farmers questioned as part of the investigation said without access to their migrant workforce, they were likely to switch to other agricultural activities.

More than half said they would likely diversify their business into non-agricultural activities.

Without access to migrant labour, 47% of horticulture businesses reported a high likelihood that they would either downscale their business or cease production.

More than two-thirds of farms thought there was no real opportunity to substitute labour from the local market.

Rural affairs minister Fergus Ewing said the report showed the interests of rural communities would be best served by Scotland remaining in the EU.

“Seasonal migrant labour appear to be positive about working in Scotland, but it’s concerning that our farmers are already struggling to find adequate labour, with the report finding a 10-15% shortage last year,” he said.

“It is vital that the UK government engages with migrant workers affected by Brexit, to ensure their valid concerns are reflected in ongoing negotiations.

“They must be reassured that Scotland and the whole of the UK remains an open and welcoming place to live and work.”

The report recommended that both governments made clear commitments expressing support for the horticultural industry and agreed there was an ongoing need for access to sufficient numbers of seasonal migrant workers.

To reduce future labour risks, it was also recommended that the governments, and the horticultural sector as a whole, should strongly consider measures to recruit more labour from countries other than Bulgaria and Romania.