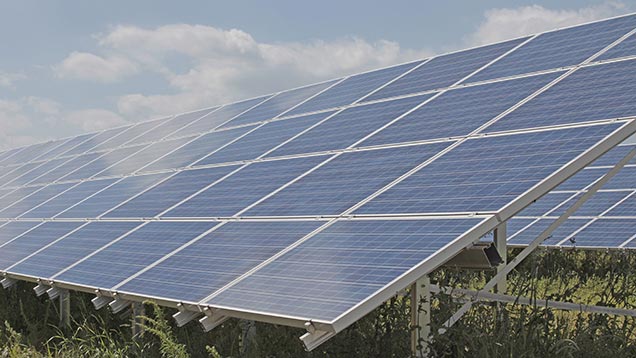 Maximising energy use from new farmer-invested renewable energy should be the priority to make projects pay.

Last month’s Queen’s Speech failed to clarify the future for schemes such as the Feed-in Tariffs (Fits) or Renewables Obligation, but there is little doubt that projects will have to become less dependent on support.

Falling support levels also mean that for developer-led projects, which lease land from farmers, it will be more important than ever to secure the right deal.

With support for large-scale (5MW) solar likely to be cut further, there is a feeding frenzy among developers looking for suitable 10-12ha sites (for example, under the 5MW threshold) which have grid connection, says Victoria Lancaster of Carlisle-based H&H Land and Property.

She urges caution when being asked to sign exclusivity deals with any renewables developer and to only do so if the terms are favourable and it is for a short period (six to 12 months).

“It often takes six months to carry out the feasibility and grid work anyway. Generally the exclusivity agreement isn’t legally binding, unless heads of terms have been included.

“It is usually only when you sign the option and lease agreement that it becomes legally binding and that wouldn’t normally be done until grid connection has been obtained and the site is in planning.”

Option and lease agreements must build in as much protection as possible for the landowner, covering:

Ms Lancaster says the prospect of subsidy-free solar means there is increasing interest in so-called “merchant plant” solar developments of 32-40ha that have economies of scale to go ahead without support.

“They have huge hurdles to overcome in terms of grid connection and planning, but some are looking for sites now with a view to connecting in 2018-2023. It is something that will continue to develop.”

Mark Newton of Fisher German expects solar to be viable without support in the next three to five years.

The new government has targeted large wind farms, committing in its Energy Bill to transfer consenting powers for onshore wind farms of 50MW+ in England and Wales to local planning authorities, rather than the secretary of state.

Details about plans to end new subsidies for onshore wind farms will be announced by the Department of Energy and Climate Change soon, it says.

“There is a lot of nervousness among big wind farm developers and it will be very difficult for new projects over the next five years, but some are prepared to take a long-term view, so the market is definitely not dead,” says Mr Newton.

But developers are becoming more selective, focusing on sites with the best chance of obtaining planning, adds Ms Lancaster. These include sites which are far from housing and ministry of defence property, not in any special landscape designation and with high wind speeds.

There are question marks too over single-turbine projects, particularly with a review of FiTs due this year. Mr Newton believes support is unlikely to disappear altogether, although further cuts will seriously affect the viability of many projects.

“Unless you have very good wind speed, smaller sub-50kW turbines haven’t been very viable for some time and the 50-250kW sector is also quite marginal. Even 500kW turbines will struggle if FiTs keep reducing.”

Maximising on-site electricity use is key to improving project viability and more focus should be given to integrating renewables into businesses to reduce reliance on export payments and support, says Ms Lancaster.

“Look at what you can do with electricity across the whole farm to make projects work.”

“There’s a lot of development within AD, particularly as issues with lack of electrical grid capacity mean more are looking at injecting gas to grid instead,” says Mr Newton.

“A number of companies are looking for sites close to medium- or high-pressure gas mains, with rentals of £100,000/year being offered just for the site.”

Developers typically need 2.5-4ha for the AD plant itself, with easy access away from residential areas, he says. A good supply of local feedstock is crucial and companies will often pay over the standard agricultural value to secure this, he says. “A typical 2MW plant needs about 40-45,000t of feedstock a year.”