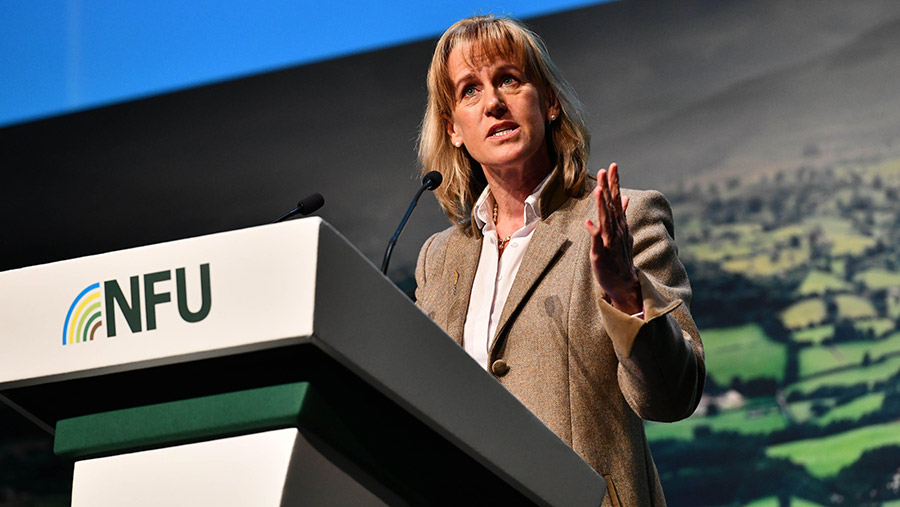 The UK-Australia free trade agreement will now not be debated by MPs, meaning the government has broken its promise to allow it to be scrutinised properly before it is signed off.

The Green Party accused the government of a “major attack on the UK’s democracy and environment” and it warned that British farmers and food producers “face potential losses running into the hundreds of millions of pounds and thousands of job losses”.

See also: Australia trade deal: what the TAC report has to say

Farming organisations are deeply concerned that the trade deal with Australia will undercut British farmers with cheap food imports that are produced to lower animal welfare and environmental standards.

“The situation with the UK-Australia trade deal not going to parliament is classic, quite honestly,” Mrs Batters told Farmers Weekly.

“The government gave a clear commitment, not only to the industry, but to all NGOs and parliamentarians and they have broken that commitment.

“There are massive questions around what this means for future free trade agreements, with India potentially wanting to be concluded in the autumn, and then a US trade deal.”

Mrs Batters asked: “What does this mean if parliament isn’t going to have any involvement at all? That is extremely concerning.”

The NFU is not opposed to free trade but says there is “little in this deal” which will benefit British farmers. Concerns have been raised about Australian farming methods, including the use of growth hormones, antibiotics and pesticides that are banned in the UK.

Gail Soutar, the NFU’s international trade adviser, said: “The Australia ratification process has now timed out and the agreement has technically been ratified. We would expect the same process to start after the summer for New Zealand [trade deal].

“We are still looking like probably the first quarter or half of 2023 before Australia and New Zealand start to get the preferential market access they have been granted under the terms of the agreement.”

Asked at what point the UK could expect to see an increase in products such as Australian beef and NZ dairy in its home markets, Ms Soutar said: “It wouldn’t be before the first quarter of next year.

“But from that point onwards, they have got much more enhanced terms of trade and you would expect that Australia and New Zealand would want to make use of that.”

A spokesman for the Department for International Trade said: “Our landmark trade agreement with Australia will unlock £10.4bn of additional bilateral trade, support economic growth in every part of the UK and deliver for the 15,300 businesses already exporting goods to Australia.

“We have always said that we will not compromise the UK’s high environmental, animal welfare or food safety standards, and the independent Trade and Agriculture Commission recently concluded that the deal does not undermine the UK’s robust domestic protections.”

A coalition of conservation, trade and farming organisations, including the Tenant Farmers Association (TFA), Soil Association, Sustain and Compassion in World Farming, is taking legal action to challenge the UK government’s failure to give the public a say on post-Brexit trade deals, including the UK-Australia free trade agreement.

The group has filed a formal complaint to the Aarhus Convention Compliance Committee which will consider whether the UK government is in breach of international law.

The Aarhus Convention is an international agreement that sets out an obligation to ensure public consultation on decisions by the government or public sector that will have an impact on the environment.