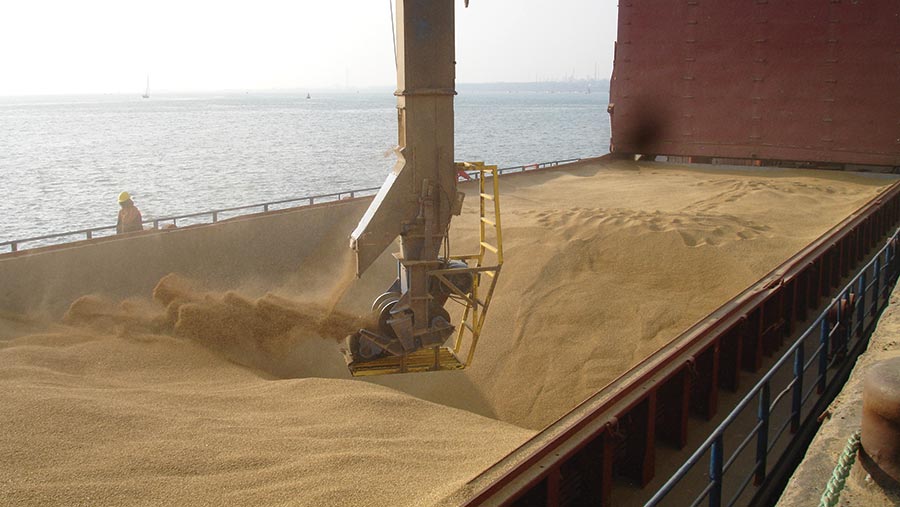 UK farmers and their customers are losing out on millions of pounds worth of commodity and food exports as both buyers and sellers are unwilling to take the risk of tariffs being imposed after 29 March.

Malting barley exports are particularly badly affected, with no trade booked beyond 29 March for old- or new-crop and prices having dropped by £3- £10/t in the past week or so.

“It is really starting to hurt our industry and our farmers,” said Mark Smith, managing director of grain and pulse merchant Saxon Agriculture.

“The UK has definitely lost business – we may get the chance to make some of it up, but not all of it, and we will have to work hard to get it back.”

Customers who would normally buy UK malting barley had turned instead to Danish or French supplies, said Mr Smith.

He fears a deferred decision on Brexit terms, leading to many more months of uncertainty and more lost trade.

At this time last year there would probably have been about 150,000t of malting barley exports booked for new crop, said Jonathan Arnold, a director of merchant and exporter Robin Appel. He expects no-one has anything on the books for the 2019 crop.

“Our overseas maltsters want to do supply agreements, but no trader in the UK will take the risk [of a tariff being imposed after the deal is done].” In addition, farmers were reluctant to commit to new-crop sales because of weather fears, he said.

“Old-crop is definitely affected too – everyone has been sensible not to go beyond the end of March.” Robin Appel will load three more vessels before the end of March, including a consignment of organic wheat for Antwerp.

The UK malting barley balance sheet is fairly tight because of the quality issues with the 2018 crop, so prices have held better than they might have otherwise done.

Currency markets appear to have priced out a no-deal outcome, say traders, with sterling at a two-month high this week, worth almost €1.14 midweek and further restricting the UK’s export prospects.

What tariffs will exports to the EU face if there is no deal?

Figures in brackets are the percentage of the contract price represented by the tariff (at 2015 prices).

Effect on meat and dairy

Beef and lamb exports are also being hit, with some business already lost as a result of the uncertainty.

One large exporter told Farmers Weekly less lamb was being bought and that this meant the seasonal rise in lamb prices was not as high as it might otherwise have been.

While forward export business had been booked to EU member states beyond 29 March, a no-deal outcome and the imposition of tariffs would mean those contracts would likely be cancelled.

“Global futures prices are all on the up,” said John Allen, director of Kite Consulting. “The problem is that UK market sentiment is uncertain with Brexit on the horizon.

The domestic market was being restrained, and Mr Allen warned that UK prices may in fact drop by up to 2p/litre moving towards the spring, while European prices could shift in the other direction.

“Producers should keep an eye on the Eurex futures prices index, AHDB milk delivery volumes and speak to their processor about how exposed they are to world markets,” he added.