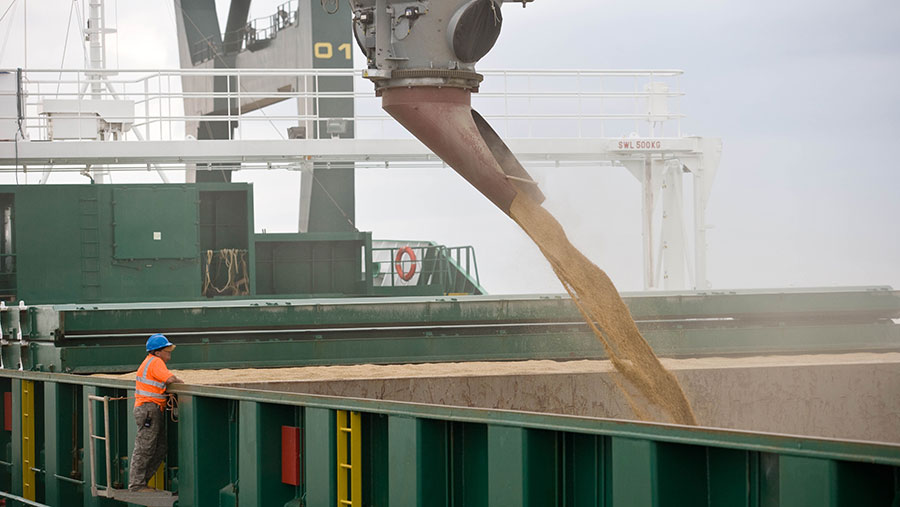 Russia and Ukraine signed a deal this afternoon to allow grain exports from Black Sea ports.

Global grain prices had fallen further this morning in reaction to the possible signing of the agreement.

The deal was signed at a meeting in Istanbul between Oleksandr Kubrakov, Ukraine’s minister of infrastructure, Russia’s defence minister Sergei Shoigu, and UN secretary-general Antonio Guterres.

Grain exports are reportedly expected to begin as soon as next week.

Speaking to Farmers Weekly on Friday (22 July) before the agreement was signed, Cefetra grain origination manager Simon Wilcox said the potential agreement was 100% behind the fall in prices earlier today.

Mr Wilcox said: “Personally, I’m not convinced even if they sign it, that practically they are going to be able to deliver it as there are so many issues around insurance. There is a whole raft of practical issues, but if the market reacts and believes that the 20m tonnes of wheat is now available to ship out then it fundamentally changes the supply and demand of the marketplace.”

Harvest pressures, lack of shipping, limited storage space and weather issues are also playing a part in putting downward pressure on the market, according to Mr Wilcox.

Mr Wilcox said: “There is potential for prices to go down a chunk further if grain exports from Ukraine open up. However if it doesn’t, I strongly believe there will be a bounce back as the true implications of not being able to get all of that grain out of Ukraine hit, and markets become tighter.

“I think we have to expect this market to continue to be exceptionally volatile,” he said.

Ex-farm prices for oilseed rape have slumped in the past week. Prices gathered by Farmers Weekly on 22 July averaged £502/t, down by £40.67/t on the same time last week.