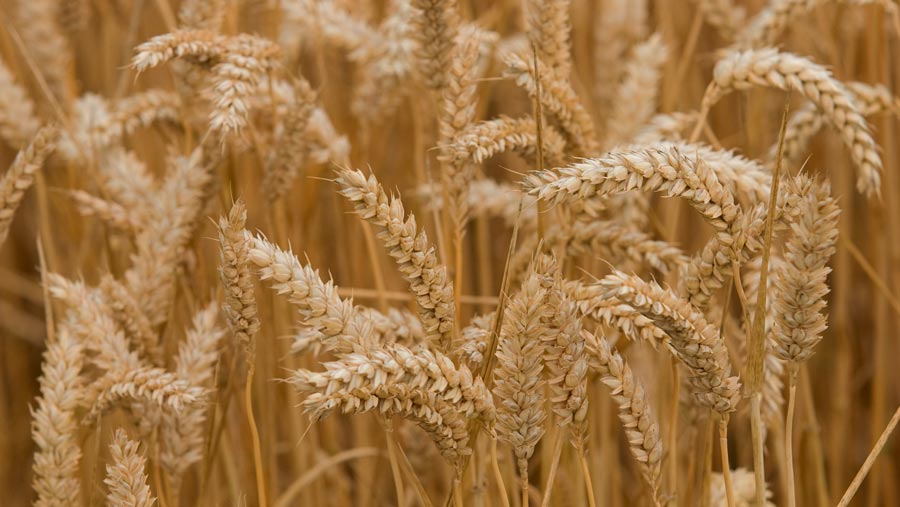 Global feed wheat prices have dropped despite the latest monthly US Department of Agriculture (USDA) crop report showing increases in supply were matched by rising demand.

AHDB cereals analyst Anthony Speight explained that supply levels had been bolstered by projections for a record crop in Kazakhstan of 773.4m tonnes, offsetting falls in Pakistan and Argentina.

In the UK, yield estimates are still some months away. But a resurgence in the area planted, following the 40-year low in 2020, suggests they will be closer to the five-year average.

As the week progressed, projected increases in supply and a weakening in maize values put feed wheat prices under more pressure.

By close of play on Thursday (11 February) the UK feed wheat futures (May 21) had dropped by £3.65/t to £199.65/t. In addition to tracking global market issues, the UK price fall was made larger by the continued strength of sterling.

However, while worldwide wheat projections point to increased production, consumption has also risen sharply by 9.8m tonnes to 769.3m tonnes.

Much of the increase is down to China, where feed and residual use raised to a record 30m tonnes, exceeding the previous high of 26m tonnes in 2013.

The increased demand for wheat is due to high maize prices. China is rebuilding its national pig herd in the wake of the African swine fever outbreak and  has switched from costly maize stocks to feed wheat instead.

The extra demand is reflected in higher export levels, particularly from the EU bloc, with global trade up 1.1m tonnes to 194.8m tonnes.

The rise in exports from Europe is due, in part, to improved price competitiveness against Russian stocks, which are subject to an export tax until the end of the trading year.

Meanwhile, wheat growers in Yorkshire look set to benefit from increased demand after an investment in the area by Italian-owned agri-business Sedamyl.

The company has invested £80m into the development of its Selby plant on the former Tate & Lyle site – doubling its size.

Sedamyl uses the base for the production of potable alcohol, a main ingredient in the making of premium spirits and a processing aid in the food industry.

The business is supplied by a network of more than 1,000 farmers and the increase in scale is expected to require hundreds more arable growers.

The expansion will further support farmers and boost the local economy in the region.

“We are proud to say that our wheat is sourced from an average of 60 miles from our North Yorkshire factory, helping us to improve our sustainable practices.”