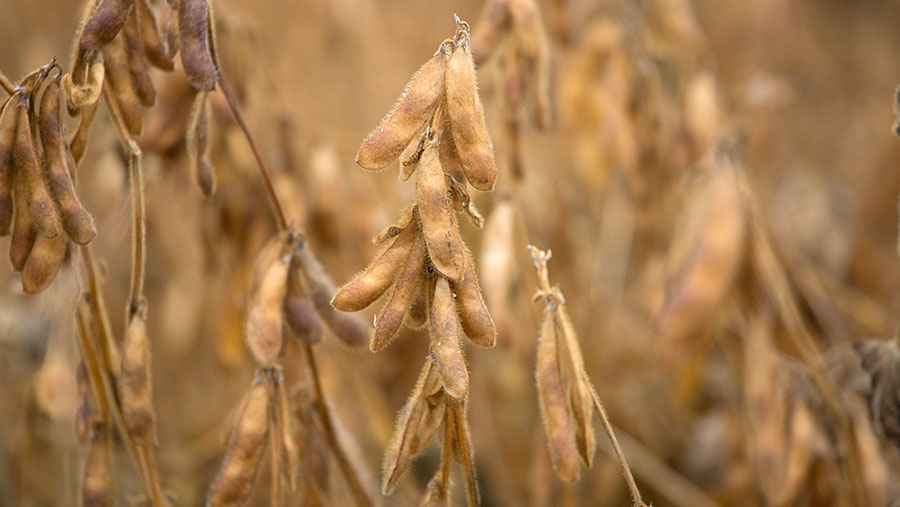 Markets for grain and oilseed have been booming as high global demand and lower crop yield forecasts combined to push up prices.

The lower yield predictions were based on growing crops, which were thought to have been hit by dry and cold weather in key growing areas.

In the past few weeks, the strong demand and relatively gloomy supply outlook had drawn large investment speculators into crop futures markets, creating competition for stocks.

However, a report by the US Department of Agriculture (USDA) on crops in both North and South America, has revised predictions.

Potential yields outlined in the report were all in line with, or above, industry expectations, according to the AHDB.

The news prompted speculative traders to sell off some of their long positions to book profits ahead of a fall, Ms Plant said. This contributed to a fall in prices, which in turn has likely triggered further selling, she said.

Grain traders Cofco International said that, as well as the rainfall, crop planting was ahead of the norm.

In contrast to the past two years, the lightning planting pace has continued, with corn at 67% completed against a 52% average.

Beans were at 42% through drilling, compared with a 22% average for this time of year. Spring wheat was at 70% of the area in contrast with a 51% average.

This fast-planting pace – along with higher prices this year – supports the idea corn and bean acres will expand, Cofco said.

Overall, though, there was nothing in the USDA data that should overtly change overall market sentiment. Markets are still all about weather with the main interest on Brazil and the US, a Cofco spokesman added.

The AHDB said it would continue to watch a number of factors that could influence prices in the coming weeks.

In the US, the record maize and near-record soyabean yields still require good weather through to harvest.

While the forecast looks more favourable to growth, it remains to be seen what conditions are like in July and August, when crops are in their reproductive and grain/pod fill stages.

Meanwhile the USDA’s forecast for Russian wheat could be subject to further revision. The USDA puts Russia’s wheat crop at 85m tonnes – above some industry forecasts and only slightly down on last year’s 85.4m tonnes, Ms Plant said.

The figure excluded the large grain producing area in the Crimea.

For Brazilian maize, the challenge has been a long, dry period. Although this weather is forecast to continue, the USDA 2020-21 maize crop estimate is still relatively high and above some other industry predictions, the AHDB said.