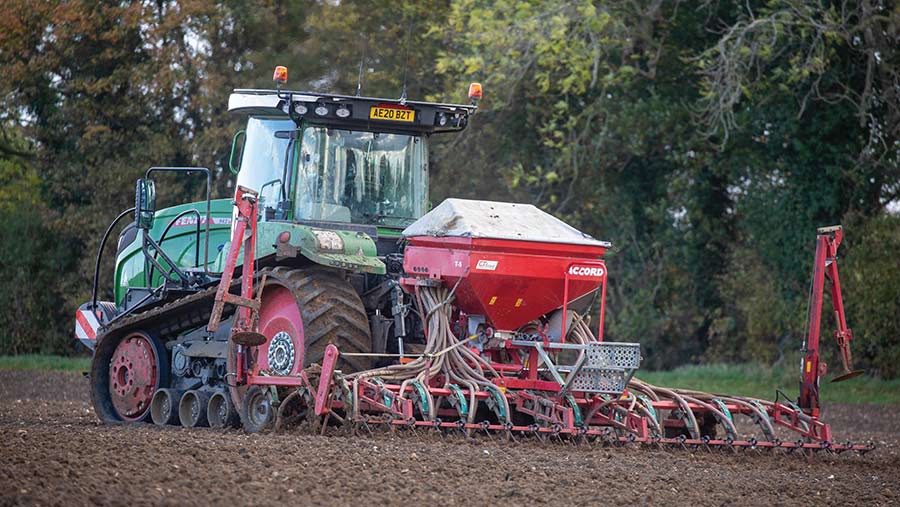 New records were set on futures markets as the rise in wheat prices picked up pace over the past week and milling premiums topped £50/t in some regions.

Old-crop has seen the biggest rises, with London’s May 2022 feed wheat contract at close to £245/t delivered on Wednesday 24 November. This was a rise of almost £17/t on the week.

Milling wheat premiums have jumped again as millers struggle to get hold of supplies on several fronts, having started the current crop year with little stock.

First, haulage is still at a premium. Second, their normal sources of imports to the UK are more expensive. Third, in addition to the crop damage done by Canada’s summer heat dome, the recent floods in that country have brought transport networks to a halt in some regions, so grain cannot be moved to the ports.

“We’re in a very volatile market – aside from the fundamentals, investors are using commodities as a hedge against inflation. There are no bearish drivers.”

Mr Mason said millers were using as much home-grown grain as they could, with decent premiums for material that did not make full spec.

“The biggest issue is the imported alternatives are more expensive than the domestic equivalent,” he said.

“There is nothing cheaper available, so they are having to be a bit more flexible than normal and are very adept.”

The threat of Russian wheat export taxes rising in the new year and a new export quota has added to the general firmness in the market.

The dramatic rise in prices over the past three months has meant that growers who can afford to do so have held back from selling, exacerbating the supply issues.

While a big Australian wheat crop is expected, concerns are being voiced over its quality and protein content, in particular.

Wheat is also supported by relatively strong demand for US ethanol, which uses just over one-third of the US maize crop.

The AHDB’s Early Bird Survey of plantings and planting intentions for 2022 puts the wheat area at 1.81m hectares, which is higher than the 10-year average.

Barley, forecast at 1.1m hectares, is slightly down on the 2021 area, with a further swing back towards winter barley, said AHDB Cereals and Oilseeds.

It cautioned that the expected drop in the spring barley area may not be as great as initially thought, as high grain prices and the lower fertiliser requirements of the spring crop may see a larger area planted than initially intended.