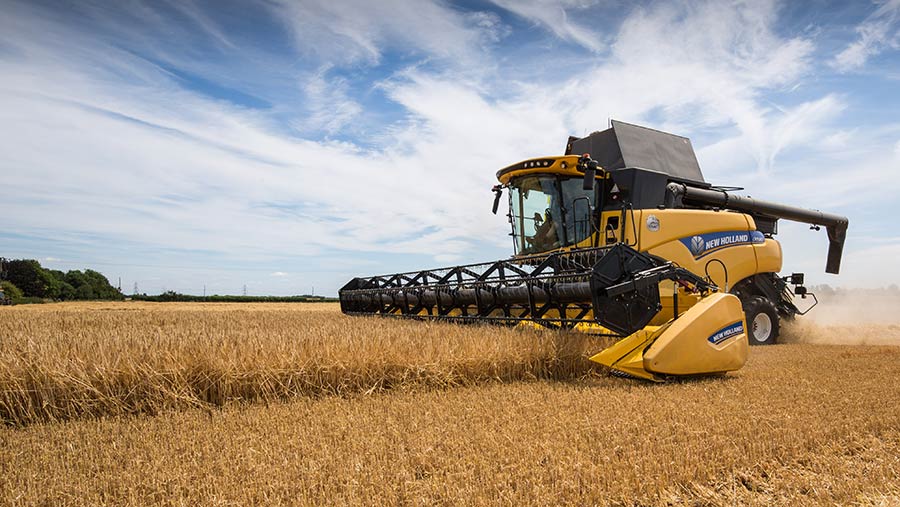 Grain prices have edged up by about £2/t over the past week, buoyed by reports of poor harvesting weather globally and lower US corn stocks.

This takes cereal prices back to values last seen in early August this year.

Although futures (Nov-19) stopped their upward trend, dropping by £0.25/t to £138.75/t on 2 October, the AHDB reported that there were good reasons for further support for grain prices.

AHDB analyst Alice Bailey said harvest in the US was progressing slowly in poor weather, with the area of red spring wheat harvested at 29 September about 9% behind average.

Elsewhere, the Canadian harvest has been hit by early snowfalls while in the southern hemisphere, hot, dry weather in Australia is starting to cause concern over yields as the harvest period approaches.

These doubts and harvest difficulties could combine to support prices, Ms Bailey suggested.

She added that the latest US Department of Agriculture (USDA) report on grain stocks gave further reason to expect price support.

While the USDA had reported wheat stocks were slightly higher than forecast, at 64.9mt, corn stocks came in well below expectations at 53.7mt, short of the 61.7mt estimated earlier by analysts in a Reuters’ poll.

However, she sounded a note of caution because the UK 2019 harvest had provided a large cereal crop and the market was still dogged by uncertainty over Brexit and the UK’s trading position.