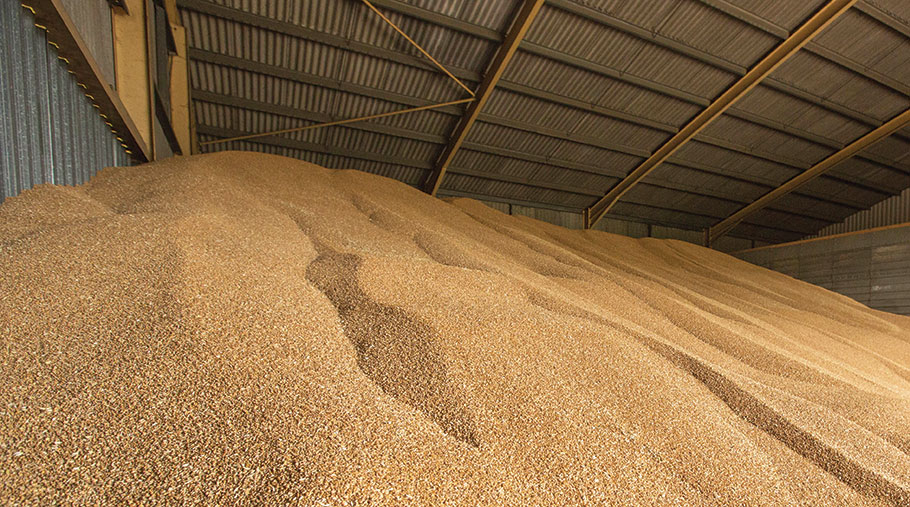 Feed wheat prices nudged up slightly to end the week at an average of £168.50/t ex-farm on Friday (21 September).

The regional range stretched from £160.50/t in the far south-east of England to £174/t in Yorkshire and the north-east of Scotland.

It was a relatively quiet end to the week’s trading, with consumers relaxed about cover levels, knowing that Vivergo is out of the market.

See also: Top 8 farm tenancy issues and how to solve them

However, there was plenty of US-China and Brexit news to make currency and commodity markets nervous.

“It looks in the short term that the US market may have bottomed, although a near record maize crop will keep rallies in check,” said Gleadell managing director David Sheppard.

“However, both the EU and UK market are trading a more domestic supply-and-demand balance sheet and may only be partially influenced by any rise in the US market.

“The market is still a complex picture and, when adding in weather, geopolitics and the uncertainty over Brexit, it remains a difficult one to call.”

The shutdown of the Vivergo biofuel plant, which could use up to 1.1m-tonnes of wheat a year, may not be as disruptive as some might have assumed, says the AHDB.

Market analyst Zak Watling said there would be a slight rebalancing of demand, when comparing historical usage with wheat production and consumption scenarios.

It would be unrealistic to expect demand for UK wheat to fall by the 1.1m tonnes that Vivergo could consume, he said.

AHDB analysts expect an increased demand for feed wheat, due to the dry summer and reduced availability of forage, as well as sustained demand from the poultry sector.

GB compound animal feed production, including integrated poultry units, in July was 5% than the same month in 2017 and the highest level for the month of July since records began in 1995/96.

The reduced production of the co-product dried distillers grains from the bioethanol sector, while a small percentage of overall feed demand, would also need to be compensated for, he said.

“Even with a five-year average consumption level, which sees a trade-off between reduced industrial sector wheat usage and increased livestock feed demand, we could still be seeing tightness within the UK wheat balance sheet,” said Mr Watling.

Australian wheat exports forecast at 12.9m, about 2.5m tonnes down on last season.

Soya markets were hit by another round of US tariffs on Chinese imports and Chinese retaliation – US wheat and maize areas next season likely to rise at the expense of soya acreage.