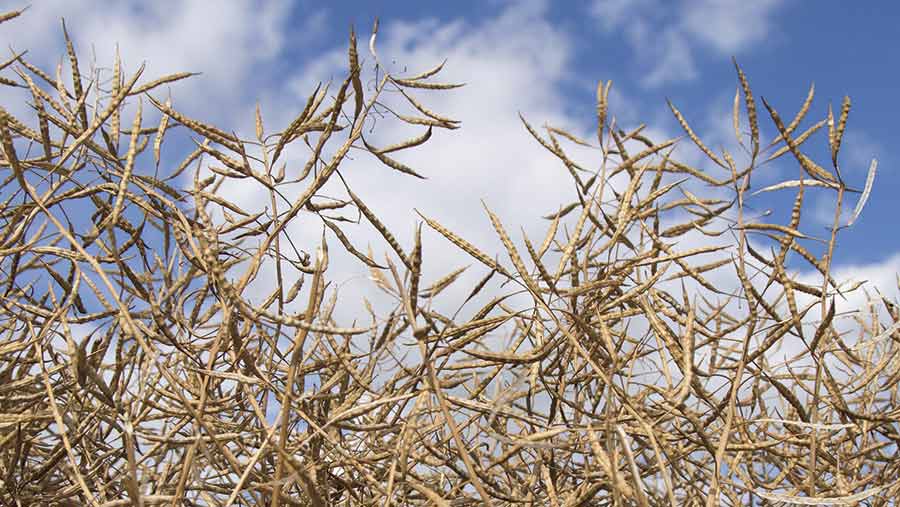 Growers cannot rely on better grain prices to boost profits in the coming months, but there are good opportunities elsewhere to improve the bottom line.

“It is all too easy for the industry to embark on repeated crop production cycles, banking on low input costs and high sale prices to create sufficient profit.

“Unfortunately, this has resulted in real-term feed wheat production costs more than doubling over the past 40 years, according to Farm Business Survey data, from £50/t in 1977 to £122 in the current year.”

See also: What the EU agreement on citizens’ rights means for farmworkers

Key costs include direct costs (such as seeds, fertilisers and sprays), labour and power, related rent and finance and yield.

“The price of direct or variable costs often responds to short-term market factors including, it sometimes appears, the ability or perceived willingness of the farmer to pay,” says Mr Graff-Baker.

“However, labour and power costs are mostly determined by longer-term issues, including whether or not to commit to dedicated resources.”

Increasing numbers of businesses are addressing the challenge of labour and power, particularly the potential inflexibility resulting from the use of owned machinery, says Mr Graff-Baker.

Most assume that, as a result of dedicated capacity, all areas of the farm will be cropped irrespective of yield, except those areas required for subsidy compliance.

“Consequently, many such businesses commit to growing areas at a loss, and therefore rely upon improvements in the selling price and receipt of support payments to generate an acceptable overall business profit.”

However, the world remains well-supplied with grains going into the 2018 year, says Mr Graff-Baker. 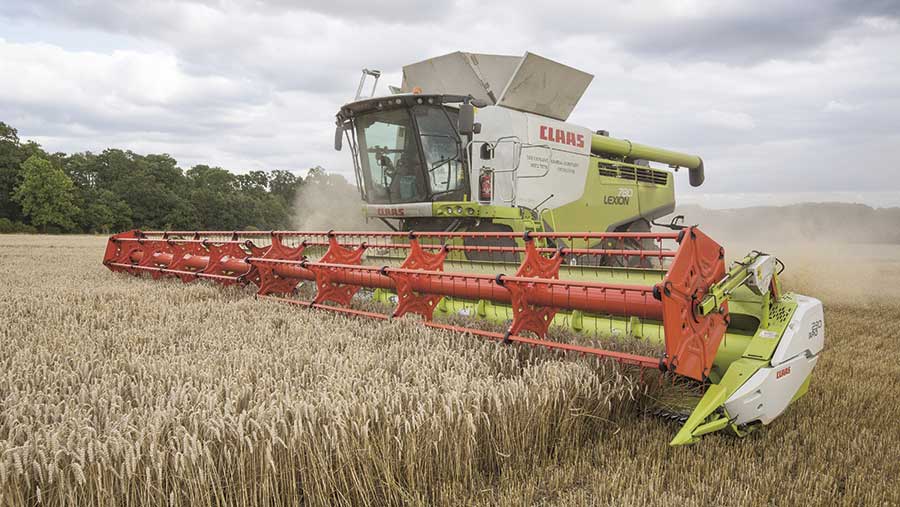 “Global prices, as indicated by US values, are at low levels. The European market has been insulated from this fall to some extent by the strength of the US dollar against the euro.

“UK prices have received an even greater currency boost as a result of sterling’s weakness against both the euro and dollar. If exchange rates were at the same level as two years ago, UK feed wheat prices would be close to £100/t.”

It would require a further weakening of the pound, or a significant tightening of global grain markets, to see an upturn in UK prices over the coming months – neither of which can be relied on, says Mr Graff-Baker.

“Judging by LIFFE futures values, it would appear sensible to assume that feed wheat prices will be in the range of £130-140/t ex-farm for the rest of this season and into the next.

“This range is below what many people have been budgeting, and there will be very limited ability to reinvest at those prices.

“Fortunately, the opportunity to improve the profitability of the combinable crop enterprise, without relying on price increases and subsidy, is available to us now.”

Evidence indicates that up to 40% of land on many farms is producing insufficient yields of wheat, incurring production costs substantially above the selling price, says Mr Graff-Baker. And up to 60% of the area used to grow other crops in the rotation is failing to cover its costs.

“In effect, the industry is farming two types of land: profitable land; and land that makes a predictable loss under present farming techniques,” he says.

“We now have the means with which to measure and assess the financial consequences of this variation. Without such measurement, effective management that will result in increased financial performance is very difficult.”

For many businesses, this loss-making activity is masked by the profits created on the better land or the income generated by other parts of the business, including support payments.

“It is fascinating to see the shift in management and approach once the underlying patterns of yield variation and associated uneconomic costs of production are visible.”

One of the key developments in technology that farming is exploring is the application of artificial intelligence (AI), says Mr Graff-Baker.

However, the length of the combinable crop production cycle (three to six years), and the need to record enough cycles to produce robust results, is limiting reliable adoption of AI. While some of the factors may be reasonably quick to record, others may take many years, he says.

“Computers are enormously useful to store, collate and analyse data. But the ability of the computer using some form of AI to interpret all site and seasonal factors that cause yield variability seems a considerable way off.”

Andersons often sees the adoption of precision farming as a distraction from the need to thoroughly address larger issues, says Mr Graff-Baker.

“For example, varying seed rates by +/- 30% is not, in many situations, going to change the performance of land from loss to profit.”

“The danger is farmers might equate accumulation of technology with increased profits. However, there are good opportunities using current technology to improve profitability, enabling managers to crop only those parts of the farm that can produce profitable yields.

“Historical yield maps can be used as the basis for a desk exercise using straightforward arithmetic to calculate costs of production on different areas of the farm.”

Investment in technology is important, but it needs to be determined by a good understanding and accurate analysis of the data, he says.

“In some cases, buying some lengths of rabbit netting or investing in field drainage might be a more appropriate purchase than another black box providing yet more information.”

The challenge that exists for growers and their advisers is to fully understand yield variation within farms and individual fields and to use this information to set up businesses to increase profits, says Mr Graff-Baker.

“Perhaps if we were to describe farms by the available ‘profitable tonnage’ rather than the available area, we might shift the focus towards the contribution to profit and away from simply the pursuit of scale.”

Rapeseed is back in farmers’ good books. The AHDB’s Early Bird Survey shows that oilseed rape has turned the corner with an increase in area, after five years of decline.

Flea beetle continues to be a growing problem and while oilseed rape is still a challenging and expensive crop to grow, for some it was last year’s top earner.

In contrast, winter wheat has seen its fourth consecutive area decline, according to the early figures, as farmers introduce more spring cropping as part of their blackgrass strategy.

One possible threat in 2018 is the potential loss of neonicotinoid seed treatments, which could see greater yield losses to barley yellow dwarf virus.

Perhaps this smaller crop could boost prospects. However, the challenge, as seen this year, is achieving quality specs for the human market.

Finally to spring barley, which has seen a surge in area, again as part of blackgrass control. However, lodging was a particular issue last harvest and many farmers will be reviewing their growth regulator/fertiliser strategy, especially if we have another dry spring.