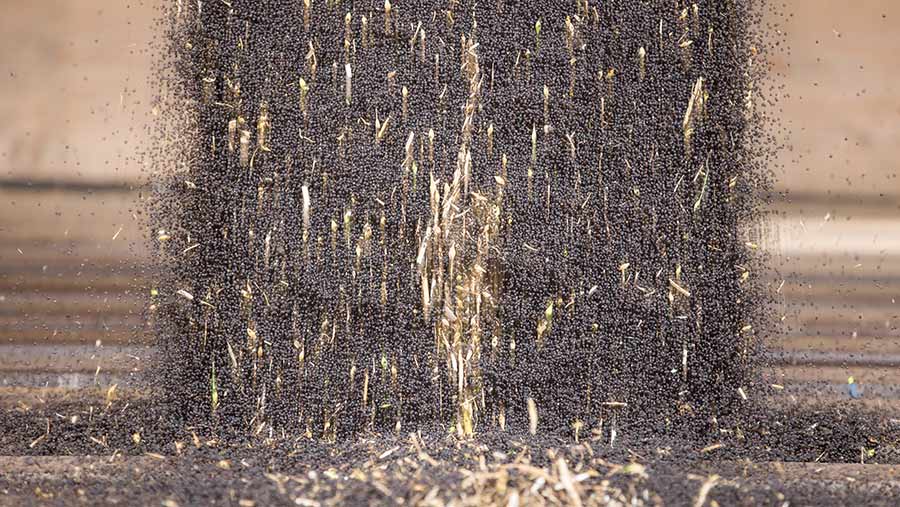 Oilseed rape prices have jumped by almost £6/t on the week and are now at their highest level since the beginning of March.

The rising price is mostly linked to the weakening of sterling and an increase in the European price, said United Oilseeds trading manager Owen Cligg.

It currently takes around 89p to buy €1, almost a penny more than last week and the weakest level the sterling has been at for around eight weeks.

Traders estimate that for every extra penny the pound weakens, domestic rapeseed prices increase by around £3/t.

The dry weather was also causing concern about the size of this season’s harvest in the UK and Europe, but significant coronavirus-linked uncertainty about future global supply and demand is holding back markets from rising further.

Some traders are saying that fuel consumption may even go up as economies emerge from lockdown, as commuters prefer to isolate in their car instead of taking public transport, which would support biodiesel demand, said Mr Cligg.

“We are all waiting for a better day, but whether that comes or not remains to be seen,” he said, noting that many farmers were following the market closely but holding back from trading in the expectation that prices may rise.

If average yields dip below 3t/ha, the UK will struggle to produce a 1m tonne crop, compared with a normal consumption rate of about 2m tonnes a year, leaving it searching for a much larger amount of imported crop than normal.

Red diesel prices have also exceeded 40p/litre for the first time in a month after the price of crude oil rose in every day of trading in the last week.

However, rapemeal prices continued to fall back from their recent spike in demand, trading at a delivered price of £224/t on a seasonal fall in demand as cattle turnout continued.