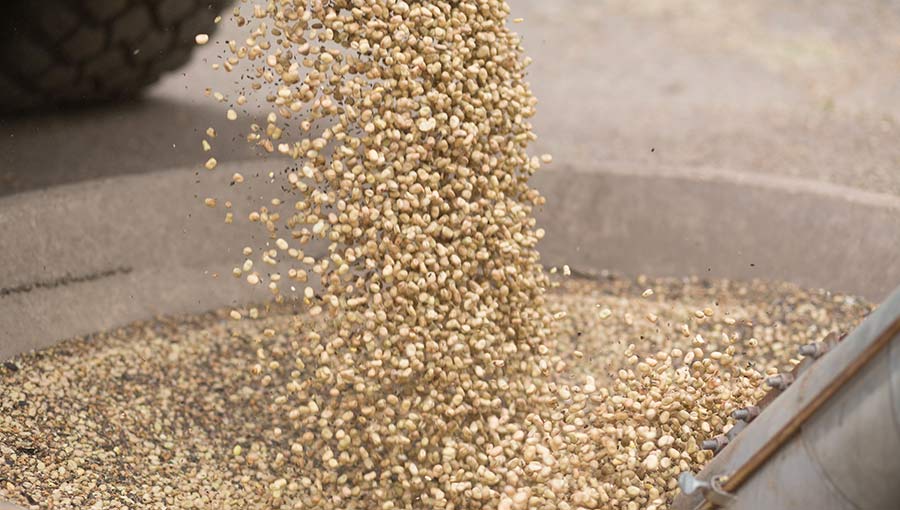 Bean growers with stock to sell are likely to benefit from having held on to supplies as prices have risen sharply in the past two weeks.

Supplies of the crop are now trading at £85/t higher than at this time last year.

See also: Why prospects are looking up for peas and beans in 2019

Harvest 2018 crop yields were hit as spring-planted crops went in late after the effect of the Beast from the East storm and then were subjected to the summer drought.

This has also affected the availability of crops of the best quality, which are in demand for export for human consumption as well as for planting the 2019 crop.

“The European market for vegetable protein continues to be strong and indications are that this strength is a long-term trend.”

Openfield pulse trader Andrew Little said there was very little trade coming forward at the moment with the rising market, although he expects supplies to increase in the next month as farmers clear out sheds ahead of fertiliser deliveries.

Trade was being underpinned by strong export demand, he said, with very little going to any UK feed manufacturers as these have all switched over to cheaper supplies of imported peas.

The higher price and spread is likely to cause increased interest in the crop among growers pondering their spring crop selection, particularly those with failed oilseed rape crops to pull up.

Some of the seed shortage for spring planting has been alleviated by additional imports, and a derogation has also been granted to lower the customary germination rate from 80% to 70%.

The PGRO and Pulses UK report that feed bean contracts are currently being offered with a premium over November wheat of around £35/t, making beans worth approximately £192/t ex-farm.

Beans that have bruchid beetle damage of 5% or below, meeting the human consumption criteria, are trading at £30/t over feed, putting them at around £222/t ex-farm.

The recent price rises are all the more impressive as they come against a backdrop of other arable commodity prices stagnating or falling.

This is primarily because the rising value of the pound is making UK exports less competitive despite rising global prices.

Prices for forward-sold wheat from harvest 2019 have also trended lower amid speculation that next season’s crop is likely to be significantly higher as more has been planted.