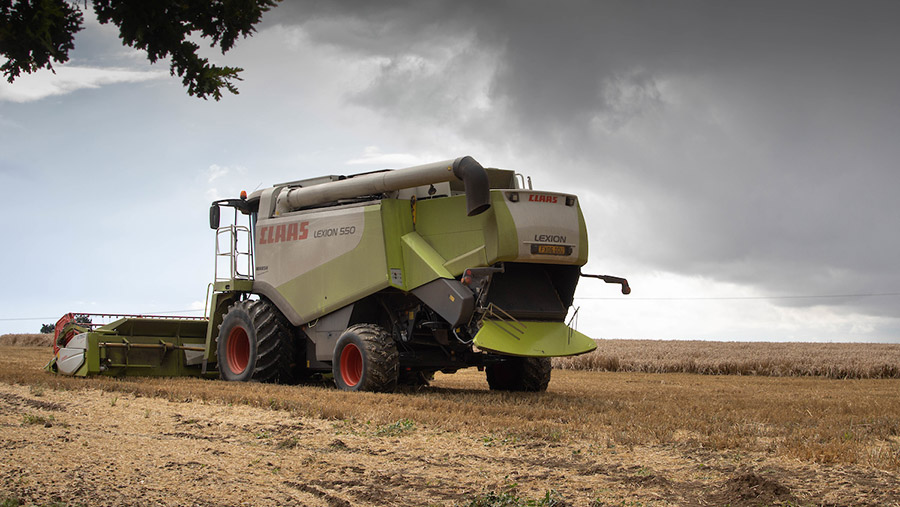 Smaller crop yields this year will push the total profitability of UK agriculture to its lowest level since 2016, Defra has forecast.

It predicts that Total Income From Farming (TIFF) – its measure of the total profit from all UK farming businesses on a calendar year basis – will fall to £4.2bn, a drop of 20% on 2019’s figure of £5.3bn.

“The value of crop output is estimated to have decreased [-13%] to £8.7bn, largely driven by lower production affected by the weather, reduced crop areas and yields, plus pests and disease,” Defra said.

Figures released since harvest show that the provisional average winter wheat yield at harvest 2020 was 7.2t/ha – some 20% lower than it was in 2019.

The poor yields were compounded by the smallest planted area since the 1970s, with total production decreasing by 38% to 10.1m tonnes.

Other winter crops were also hit after rotational plans were upended last winter following a deluge of rain, which prevented drills getting on to land.

Despite coronavirus-related disruption, the livestock sector fared significantly better than arable, and is forecast to see output rise by 2% to £15bn.

Although production levels are similar to year-earlier levels, beef and sheep prices have been well above 2019 levels for much of the year.

Pork prices were also higher for some months in the first half of the year but have since seen serious declines, while average prices in the milk sector have recovered from sharp drops in parts of the sector in the spring.

A more detailed analysis of 2020 farm profitability will be available in May.