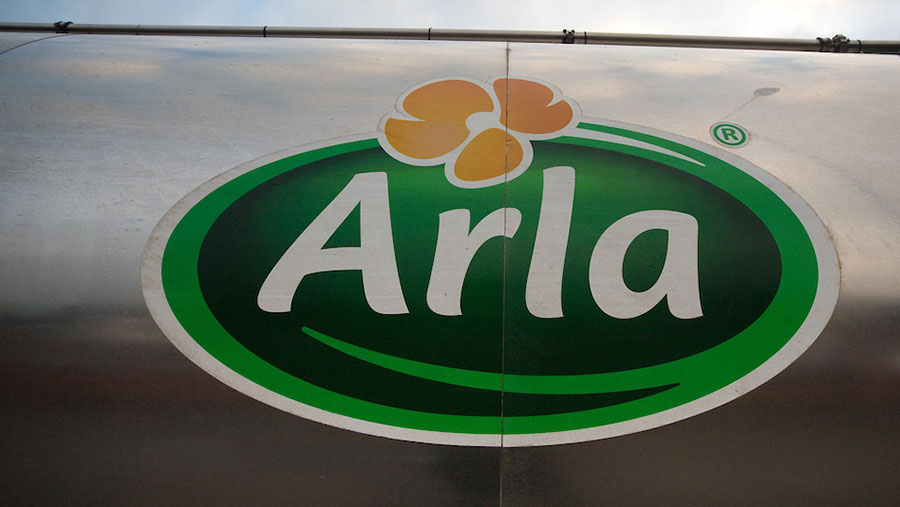 The UK’s largest dairy co-op Arla has raised its milk price for October by 1 eurocent.

The increase translates to a 1.09p/litre rise for producers on manufacturing contracts, meaning litres with a constituent content of 4.2% butterfat and 3.4% protein will be worth 32.47p to Arla’s 2,400 UK farmer owners.

Included in the rise is a 0.19p/litre quarterly adjustment to the co-op’s currency smoothing mechanism.

For ease of comparison, liquid litres with constituents of 4% butterfat and 3.3% protein will be worth 31.21p/litre from next month.

“While Arla’s performance has strengthened, enabling this welcomed increase, the recent recovery in commodity prices has slowed, especially in the past week or so, however, the full impact of the drought is as yet unknown,” said Arla Foods amba board director, Johnnie Russell.

Farmgate prices for Arla’s organic producers remain unchanged other than for the 0.19p/litre currency smoothing increase.

Those organic dairy farmers who have taken up the option to use non-organic feed as a result of the drought will see a deduction of €0.03/kg (2.6p/litre).

Global dairy markets softened over the past couple of weeks. Butter and skim milk powder (SMP) saw weakness on both futures and spot markets.

European spot butter has now posted three consecutive weeks of declines, moving down by £223 (-4.4%) since the start of September to £4,869.

Futures’ markets echoed this negative sentiment with EEX butter futures’ Oct-18 to Apr-19 contracts down 7.6% on average since the end of August.

SMP futures have also moved lower in recent weeks, down 5.7% since the end of September.

From a demand perspective, GDT continued its move to the down side, with two negative events in September (-0.7% and -1.3%) making it seven declines in eight auctions.

New Zealand also continued its strong start to the new season in August (+4.7%), while US collections were up (+1.4%) adding further pressure to commodity prices.