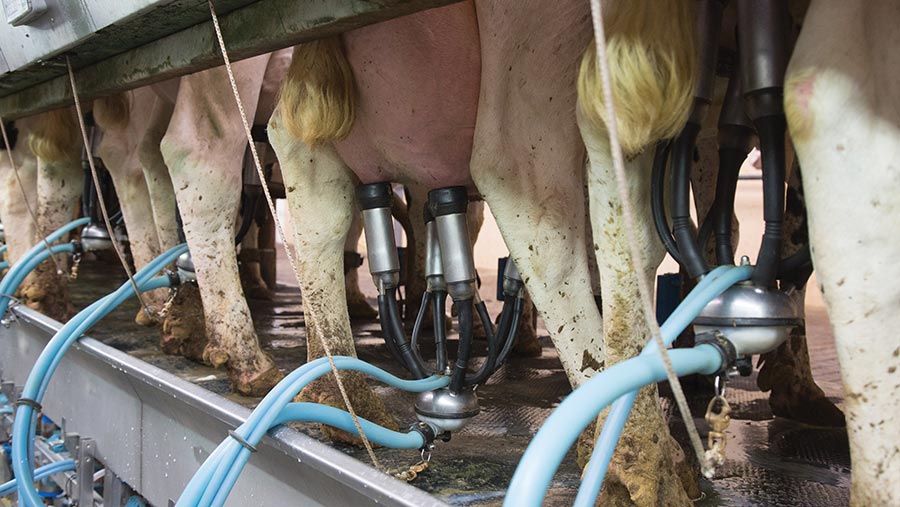 Almost 1bn litres of milk were produced on Britain’s farms during September – the second-highest figure in 25 years for that month, according to AHDB Dairy.

Provisional estimates put production for the month at 998m litres, 0.9% above the same period in 2019.

This is the second-highest level for 25 years and only just below the 1,003m litres recorded in September 2015, AHDB head of market specialists Chris Gooderham said.

Although a backdated milk production amendment lifted the estimate, the rise was mainly due to an unusually strong increase through the month, Mr Gooderham said.

“Production in the last week of September was 2.8% higher than the final seven days of August. Over the previous five years the rise has never been more than 1.2%, and has averaged a much more conservative 0.6%,” he said.

Milk volumes continue to track 1.9% above a recent AHDB forecast. The extra production means levels have reached a point in line with where the AHDB predicted volumes might get to by the middle of December.

Milk production from the six key dairy-producing regions – Argentina, Australia, EU, New Zealand, UK  and US – is currently running 1.7% ahead of last year.

These regions together produced 194bn litres of milk between 1 January and the end of August, up 3bn litres on the same period in 2019.

The drive was led by the EU and US in volume terms, according to AHDB analyst Kat Jack.

These are the highest-producing regions of the group, and each went up by a little over 1bn litres on the year, Ms Jack said.

However, the fastest growth was seen in Argentina, up 8.4%, and Australia, up 4.9%, albeit on the back of relatively poor performances in 2019.

New Zealand has been relatively steady, but as peak production is not until October there is still time for this to develop, she added.