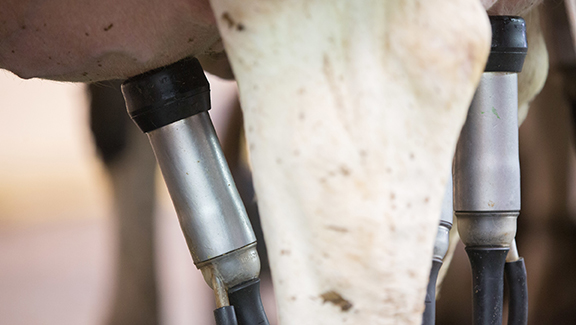 The decline in Britain’s dairy cattle numbers has continued this spring, according to British Cattle Movement Service (BCMS) statistics.

AHDB Dairy analysis of the data highlighted the biggest fall in numbers had occurred in the two- to four-year-old cow category. This age group was down 37,300 head on the same time last year.

The decline was put down to the lower number of dairy calves born two to four years ago, as the milk price fell to a seven-year low.

Back then, the removal of quotas in March 2015 saw supplies rocket as the EU and Russia were locked in a trade war.

Brussels imposed sanctions on Russia over its involvement in the Ukraine conflict, and the Kremlin responded with a tit-for-tat ban on EU farm produce.

That meant exports worth £1.8bn – or one-third of all EU cheese and a fifth of its butter – were returned to the European market. Milk prices fell by 25-30% and dairy producers were hit hard.

At the same time, a switch to sexed semen beginning in 2016 has had a knock-on effect on this year’s dairy herd numbers.

Many more farmers opted to put cows to male beef breeds and use their better milking animals to rear female replacements, and this has filtered through to the April 2020 figures.

This can also be attributed to poor milk prices eight years ago, as British dairying was locked in the milk price crisis of 2012.

In-between the two periods, when milk prices had recovered slightly, more calves were born and this is reflected in April 2020’s 6,000-head increase in cow numbers aged four to six years.

Youngstock numbers up to two years’ old dropped by 700 head on the year. But an increase of 5,200 head in calves up to six months helped to slow the overall decline in youngstock numbers, said the AHDB.