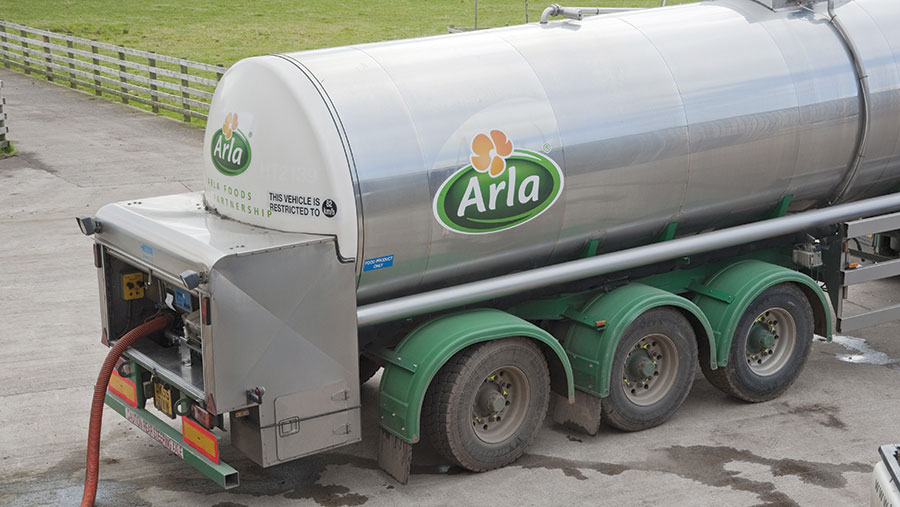 This follows a record 14 months of stable prices for the European co-op’s 9,900 farmer-owners, 2,400 of which are from British farms.

In turn, that revenue was close to the top end of the co-op’s target.

Owned by farmers in seven countries, the co-op’s performance comes against a background of a slowdown in global growth, stable milk prices and volumes, consumption growth in some dairy categories and political volatility.

Full accounts will be published at the end of February, with a 13th payment being made to full co-op members in March.

While the milk price for members was stable for a record 14 months in a row, there was a huge and rapid price shift between categories, with fat prices falling and protein rising.

“Underneath the calm seas [of farmgate prices] there was boiling volatility, and we’ve worked hard to get the best out of it,” said Mr Tuborg.

“As a company, we’ve had to be very focused on the billions moving between categories and on where profit was taking place.”

As probably the biggest branded butter and spread maker in world, the drop in the raw cost of fat gave Arla an advantage in this market when liquid milk prices were falling, said Arla Foods Group chief financial officer Natalie Knight.

Branded product revenue at retail level grew 9% in the UK before any price increases are accounted for, a result the group is very proud of, given the tough market conditions.

Arla Foods UK managing director Ash Amirahmadi said: “2019 marks another year of progress on our branded agenda, as we continued to improve our branded sales within butter, spreads, cheese and yogurt categories.

“As people’s eating habits change, they want different things from dairy, and our brands deliver on this. However, we are not immune to the profitability challenges facing the British liquid milk category, which remains a significant part of our business. Performance in this category held back our overall UK results in 2019.”

The group does not issue separate financial results from the liquid milk sector.