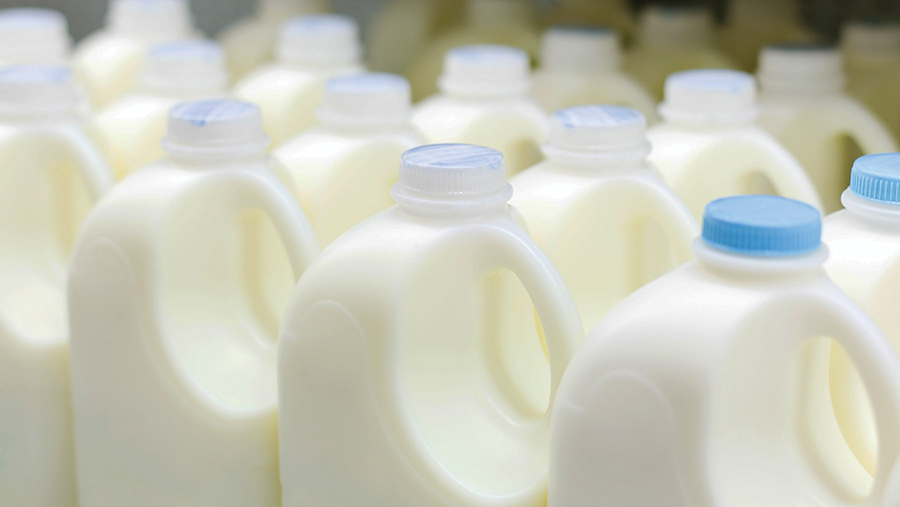 According to AHDB Dairy, prices for cheese, butter and skim milk powder (SMP) have risen steadily in the first three months of 2021.

That movement is reflected in the milk market value figure – a combination of the actual milk price equivalent (AMPE) and milk for cheese value equivalent (MCVE) – which rose from 31.7p/litre to 32.9p/litre between January and March 2021.

Prices have been bolstered by strong retail demand for most home-produced dairy products, with cheese and cream in particular performing well during the Covid-19 lockdowns.

AHDB analyst Patty Clayton said these trends should provide continued support to market-related farmgate pricing into the early part of the summer.

But Ms Clayton suggested that if the coronavirus situation continued to improve, out-of-home sales would rise.

The foodservice market is more likely to draw in imported products, and that supply could undermine prices as the summer progresses, she explained.

The knock-on effect of a reduction in the cream price would quickly filter through to the liquid sector, where margins are already thin, she added.

Beyond those factors, the weather and the resulting scale of the spring flush will also play a role.

The balance between retail and out-of-home demand, compared with the growth rate in production, will be critical to determine in which direction farm prices move, she said.

According to consultant Ian Potter, spot milk prices have already dipped below 25p/litre delivered, as grass growth starts to accelerate.

But Mr Potter’s latest market commentary suggested booming commodity demand in China and other Asian countries could underpin prices over the coming months.

Mr Potter said he hoped there would be no burst of warm weather at the end of March and the high level of demand would exceed supply through the spring flush.

Commodity group StoneEx also pointed to the Asian demand factor and the strength of butter markets.

While European butter prices declined marginally in the third week of March, that fall was set against an 18% rise in the first fortnight of the month, StoneEx’s latest report said.

Spot prices for European SMP rose for the fourth week in succession to 5% over the February figure, it added.

On a global level, trade data shows Chinese whole milk powder, SMP, cheese and whey imports all performing well since the start of the year.

But StoneEx warned of an over-reliance on the Chinese market.

European and New Zealand exports to countries other than China had struggled, the commodity firm said.

Therefore, any reduction in the Chinese appetite for dairy commodities could see global supply outweigh demand as the grass growing season gathers pace in the northern hemisphere, it warned.