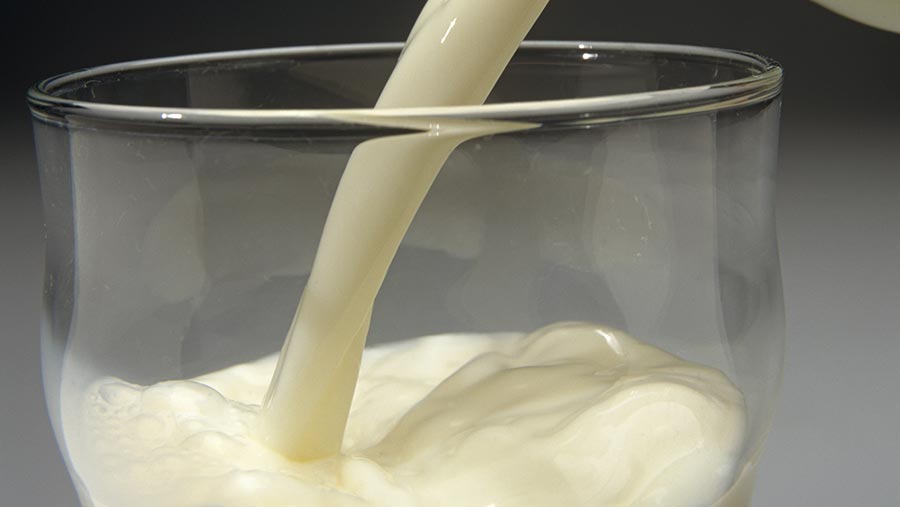 Muller has held its liquid standard litre with a constituent content of 4% butterfat and 3.3% protein at 29.5p/litre for next month.

The processor, which does not announce price holds publicly, will pay its 650 direct suppliers the same price as for September, following a 1.5p/litre price rise for that month.

Meanwhile, cheese processor Barber’s has held its manufacturing litre with a constituent content of 4.2% butterfat and 3.4% protein for its 150 producers at 30.68p/litre for the same month.

The cheese manufacturer said that the price hold came after some of its producers had been severely affected by the drought, which had added 2-3p/litre to costs of production.

“But the reality is production changes are localised and our producers are located in a geographically small area and will likely be below forecast come the winter.

“Farmers have supported national production by feeding extra silage, whole crop and concentrates, which have pushed their costs up.”

Mr Masters added that one Barber’s producer had doubled the amount of cake he fed each cow from one to two tonnes a year – highlighting the pressure on producers’ bottom lines.

However, the current customer and retail market was extremely challenging, with imported cheese and butter as competitive as ever, said Mr Masters.

The latest UK dairy wholesale prices saw average values for butter, cheese and cream all climb in August off the back of slow trade across the continent.

The levy board said that if production continued in this vein until the end of the month, it would be 1% ahead of forecast at 1,011m litres, and 8m litres behind its level for August last year.