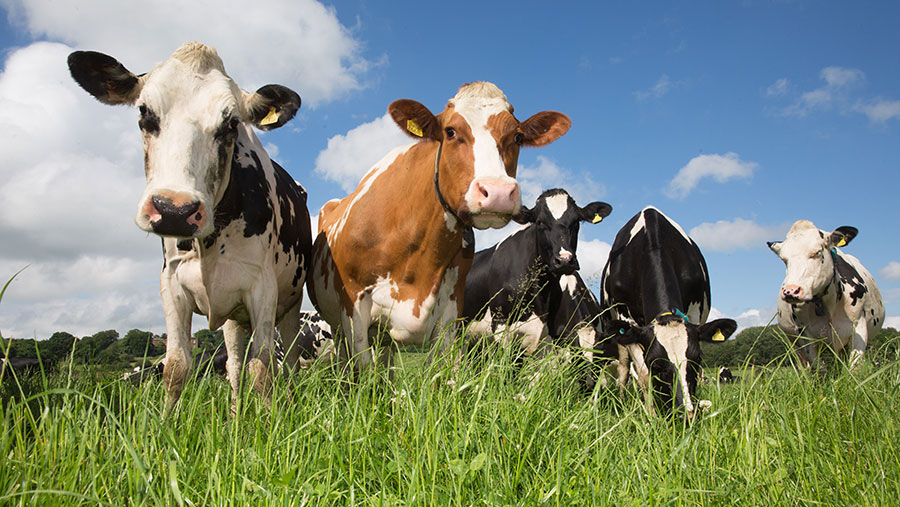 The government’s Covid-19 Dairy Response Scheme 2020 has made payments to just 55 applicants in England since it was launched in mid-June.

The hardship fund was aimed at milk producers who had suffered financial losses caused by the coronavirus lockdown.

Payments of up to £10,000 for eligible applications were expected to start reaching bank accounts from 6 July.

However, according the Tenant Farmers Association (TFA), a total of just 174 applications had been received by the Rural Payments Agency (RPA) by 27 July.

Of those, 17% were rejected as ineligible and only 55 applicants had received support, totalling about £481,000.

Within that total payout, just 35 applicants had been paid the maximum £10,000 grant.

The TFA said it was concerned that the scheme had helped so few dairy farmers, given the effects of the coronavirus lockdown on food service sector demand.

“Dairy farmers have been in a desperate situation, with plummeting revenues forcing many to tip milk away,” said TFA chief executive George Dunn.

“Despite their plight, dairy farmers had found they failed to qualify for any help because the eligibility criteria for the support scheme had been too strict,” Mr Dunn said.

Most of those, even in the direst straits, simply could not apply, he added.

Why are claim numbers so low?

The low number of claimants appears to validate the assertion of tight eligibility that has dogged the scheme since it was first announced in May.

Back then, farming bodies were already predicting uptake would be low as farmers failed to qualify.

That was because Defra ditched early plans to base eligibility on lost income, in favour of a simpler calculation on the milk price paid.

To qualify, farmers needed to demonstrate that they had suffered at least a 25% drop in their average milk price in April compared with February 2020.

Eligible farmers would then be able to claim for 70% of their losses based on volumes delivered in April and May.

But NFU dairy board chairman Michael Oakes explained many on A/B price contracts would not be able to lodge a claim on that basis.

Processors cut the B price sharply to incentivise farms to reduce supply after the coronavirus crisis hit demand.

Farmers responded by reducing supply to avoid the low-price B litres.

This meant many would not have seen their average milk price fall by 25% as they continued to be paid for their A litreage.

However, they will have still lost thousands of pounds of potential income from cutting production, said Mr Oakes.

How to apply for Dairy Response Fund support