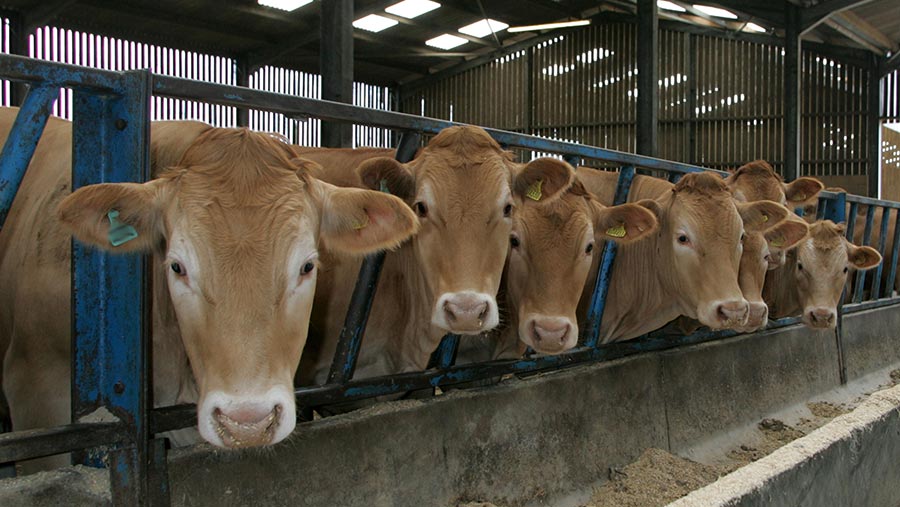 Deadweight cattle prices have continued to rise this week, edging above the five-year average for the first time in 2020, according to AHDB figures.

See also: Miscanthus: Can it tackle climate change and turn a profit?

In comparison, the five-year average was £3.43/kg for the end of May.

Cattle price rises were seen across the board (see table)

AHDB red meat analyst Rebecca Wright said prices had been supported throughout May with demand steady but supply tightening.

Total demand – retail and eating out – had suffered during April, but in May volumes were similar to May 2019, Ms Wright said.

The supply of prime cattle had largely been lower, and was expected to remain tighter, she added.

“It is likely some of these cattle were brought forward due to concerns over the dry hot weather,” Ms Wright suggested.

Prime cattle were not alone in recording price rises.

Demand for cows may have been supported by the reopening of some fast food outlets for take-away and drive-through orders, she added.

Estimated cow kill increased by 500 head during the week to total 10,100 head.

Over the longer term, the GB cattle population has contracted compared with last year’s figure.

British Cattle Movement Service data for 1 April 2020 showed the number of 12-30-month-old prime cattle available for beef production was down by almost 75,000 head.

In the breeding herd the number of dairy females over 30 months was 49,000 head lower on 1 April this year compared with the same date in 2019.

It is a similar story with beef females over 30 months, down nearly 24,000 head on the year.