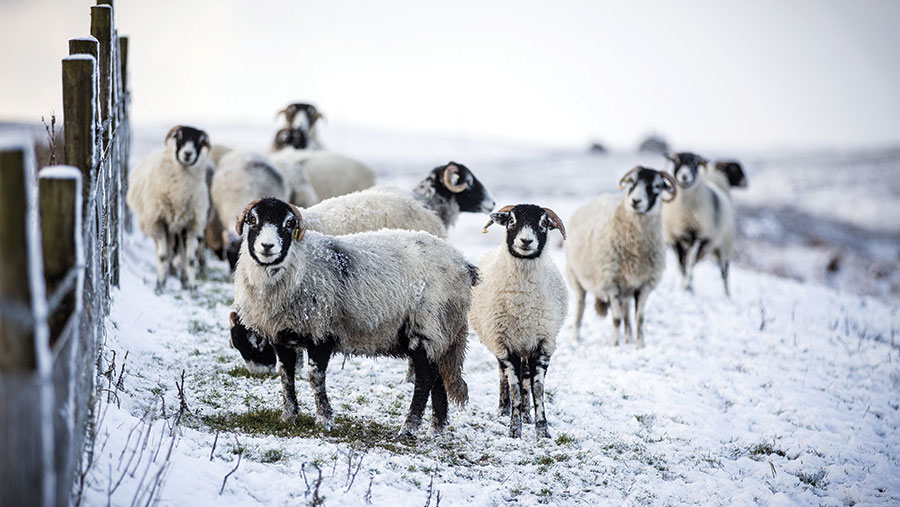 The effect of the cold spring is showing up in a sharp decline in calf numbers on UK farms and low finished lamb throughputs.

BCMS data for April 2018 shows beef cattle numbers declined sharply, with a drop of 5,000 head in the number of animals aged 0-6 months on GB farms.

It is the first time since October 2015 that the number of beef cattle on the ground has decreased compared with year-earlier figures, according to AHDB analyst Tom Forshaw.

He added that uncertainty over Brexit could be causing producers to shelve expansion plans and limit stock numbers until clarity on any deal is provided.

Defra figures and data from auction markets suggest new-season lamb throughputs were down 30% during the first five months of 2018 compared with the same period a year earlier.

The latest figures for the year to date, produced by AHDB Beef and Lamb, show that, even now, new-season lamb is not coming forward.

The AHDB data suggests throughputs remain 18% down for the year to date and lamb rear rates have fallen significantly.

AHDB analyst Rebecca Oborne said the shortfall had seen strong market prices for lamb and this was tempting flock owners into selling off old-season ewe lambs that may have been intended as replacements.

Old-season lamb slaughterings were up by 5% during the first five months of 2018 and reports suggest that, within this figure, there was an increased number of ewe lambs coming forward.

Predictions of fewer replacement ewes being held on farms are adding weight to these reports, Ms Oborne said.