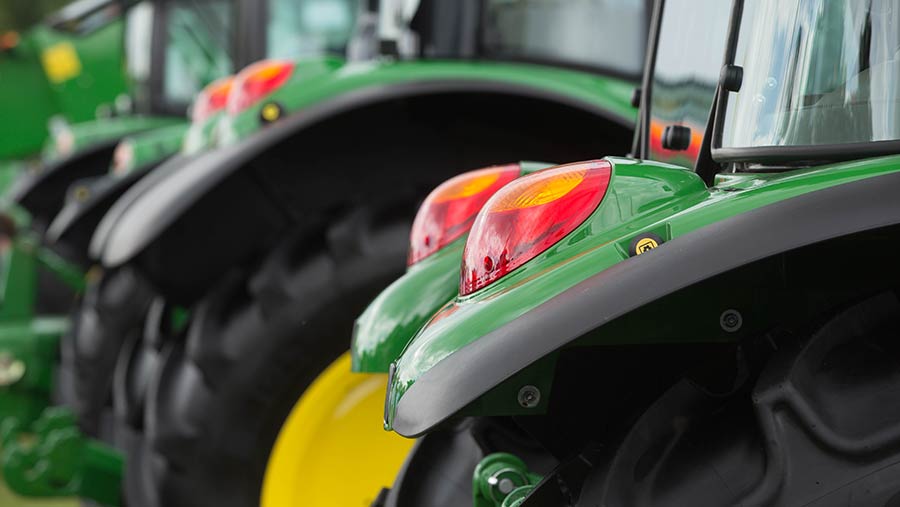 Farmers have shrugged off rising tractor prices driven by a weak currency and higher regulatory standards to purchase hundreds more tractors in 2018 than last year.

Figures published by the Agricultural Engineers Association (AEA), a trade body representing tractor and machinery manufacturers, show sales of new tractors over 50hp was 23% higher in July 2018 than July 2017.

This is the fourth month in a row that sales have shown double-digit increases on the previous year and now puts the total sales for 2018 at 7,876 tractors, more than 600 more than the first seven months of 2017.

AEA agricultural economist Stephen Howarth said growth in the market is still being driven by the arable sector, with the best improvements in sales seen in tractors over 180hp in the figures up to June.

The most recent set of figures, released in February, showed farm incomes had increased sharply in 2017, chiefly in the arable and dairy sectors, and any increased spending is likely to still be feeding through from this.

Andrew Wraith, head of food and farming at Savills, said some of the farmers he dealt with were reinvesting after a good year and also looking to legally minimise their tax bill.

He said some clients are also taking the view that, with increasing Brexit-related uncertainty ahead, now is a good time to invest.

“Some are looking at the way their operation works and taking the opportunity to invest.

“If it stacks up now and they have reliable kit they are comfortable with, they could run it for a little longer if needed,” he said.

Farmers considering buying a new tractor or piece of machinery should ask themselves what their future plan is, what they need to deliver it and how they can maintain a constant level of appropriate investment to avoid peaks and troughs of spending, he advised.