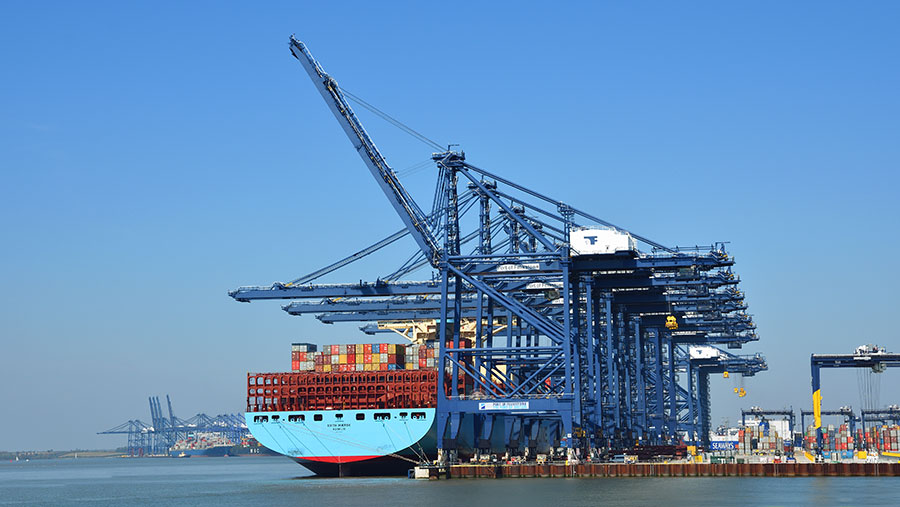 Food and farming leaders have raised concerns over the state of readiness of border control posts (BCP) ahead of a 1 July deadline.

The BCPs are part of the government’s post-Brexit plans to impose tougher checks on EU imports, and were supposed to be in place by 1 January 2021.

But 18 months later, and after three revised deadlines were missed, the open-door policy for EU food is continuing while UK exports still face stringent checks and costly red tape when gong the other way.

The disparity has prompted calls from farmers for the government to prioritise BCPs and establish a level trading platform between the EU and UK.

The latest target date is 1 July 2022 and Defra is confident it will meet the deadline this time around.

However, a document seen by Farmers Weekly shows a huge workload remains with three months to go.

The document lists 90 sites to be used as EU import checkpoints. But it notes alongside each entry reveal almost all are awaiting further designation or construction work to process different types of goods.

Some of the control posts are existing facilities that handle imports from third countries and need upgrading to cope with the surge in inspections for EU imports. But others on greenfield sites are yet to enter the construction phase.

Potential operators for at least two of these sites in England have only just submitted tenders for a £10m government grant.

And in Wales, the go-ahead for a facility at Holyhead has only been granted this week, with a completion target of April 2023.

Meanwhile, a major recruitment and training programme, to find hundreds of staff needed to run the sites, is ongoing.

NFU chief livestock adviser John Royle said there was “little or no chance” that all the sites would be operational by the deadline.

He also pointed out that the government was only stating checks would be operating for certain agricultural goods.

“Inspection sites for livestock movements are not included under the 1 July deadline,” he said. “This is a continuing blow to the UK’s high-quality, high-value breeding stock trade.”

Mr Royle explained that until the BCPs are in place in the UK, there is no incentive for EU ports to reciprocate and establish facilities to check breeding stock in transit.

A spokeswoman for the British Meat Processors Association said she expected the government to miss the deadline.

She also questioned whether the government would wish to impose checks and restrictions on food imports amid the current political upheaval.

“With food prices so high due to global trade influences, it would be a difficult time to impose restrictive regulations on imports,” she said.

“We are expecting the government to, once again, kick the can down the road, at least for some elements of the checking procedure.”