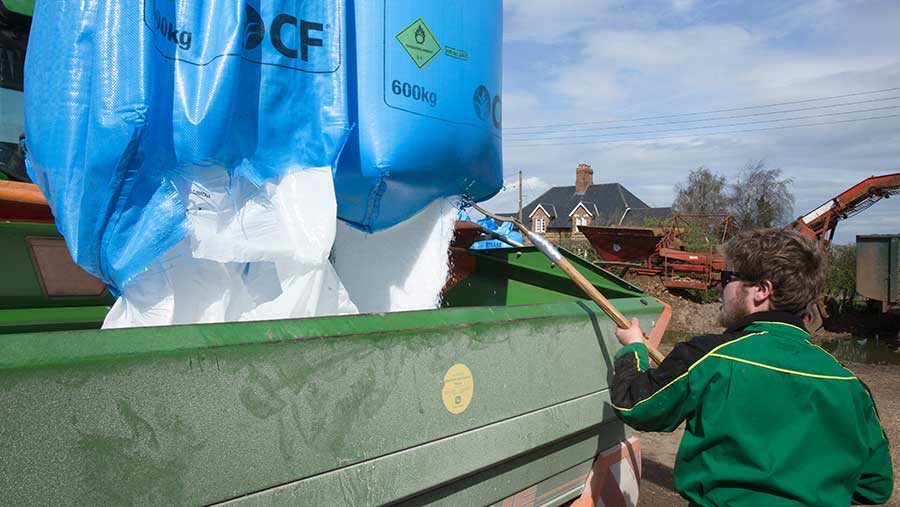 The NFU has warned farmers against any panic buying of ammonium nitrate (AN) fertiliser after manufacturer CF Fertilisers announced plans to permanently close its second production plant in Cheshire.

NFU combinable crops board chair Matt Culley noted that CF Fertilisers’ Ince factory had been temporarily closed since October – and this had not affected the availability of new seasonal fertiliser.

“Farmers are going to have to look for alternative products for their sulphur and their compound blends, but we don’t want this announcement to panic the industry,” said Mr Culley, speaking from this week’s Cereals event in Cambridgeshire.

He urged arable growers to focus on their nitrogen usage for the next cropping season, including how much they need, as well as where they can source their sulphur products, previously produced at Ince.

This included exploring alternative options for sulphur, such as polysulphate, and more foliar-supplied sulphur products for next spring.

“Sulphur is a big part of our inputs. To get healthy crops of wheat, sulphur is key,” Mr Culley said.

CF Fertilisers UK, the country’s only fertiliser manufacturer, said it needed to restructure its operations to ensure a continued supply of fertiliser and carbon dioxide, the other key product of the manufacturing process.

Fertiliser sales to domestic customers had fallen by nearly 30% since the 2017-18 season, it said, “due to intense competition from lower-cost imports”.

Following a review, it had decided to focus its fertiliser manufacturing operations on its Billingham facility in Teesside.

CF Fertilisers UK said the permanent closure of the Ince plant, north of Chester, could result in up to 283 redundancies – and it would consult unions and employees shortly. 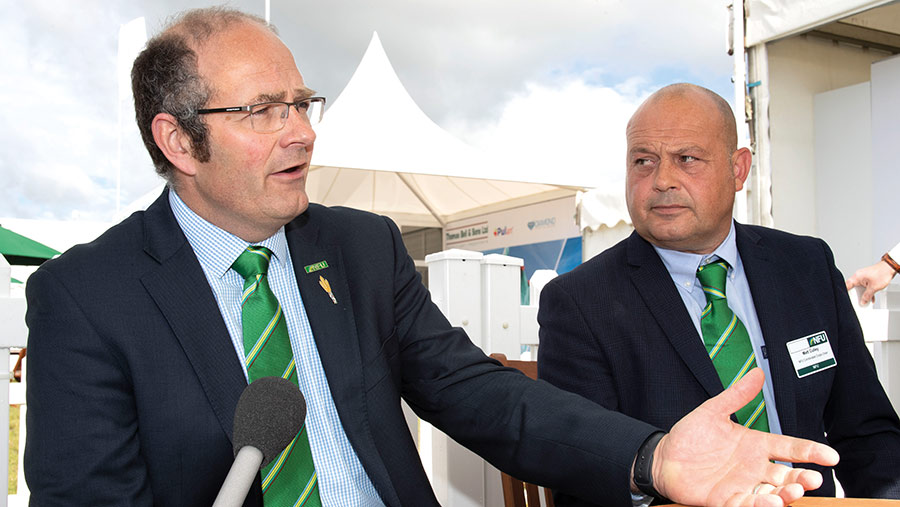 The Billingham site produces about 128,000t of AN each year, while Ince had produced 95,000t before it stopped production last September.

But the company insisted Billingham “has the capacity to produce enough AN to meet all forecasted domestic customer demand”.

“Billingham has additional operational flexibility from a 40,000t ammonia storage tank and the ability to import lower-cost ammonia if necessary,” it added.

Hours before the announcement, NFU deputy president Tom Bradshaw had questioned why the Ince factory could not be reopened.

Fertiliser prices have soared and global supplies have been hit since Russia’s invasion of Ukraine in February. This has driven up the price of natural gas, a key ingredient in the process, and led to severe EU sanctions against Russia, a major exporter of fertiliser.

According to AHDB data, UK nitrogen fertiliser prices have climbed from £281/t in April 2021 to £785/t in April this year.

The government and industry must build transparency into the fertiliser market to improve farmer confidence in decision-making and build resilience in the nation’s food security, the NFU has insisted.

NFU deputy president Tom Bradshaw said: “The [fertiliser] price is there for a moment and then it’s withdrawn. It doesn’t give farmers any time to make decisions and it feels as if they’re being held to ransom.”

Defra said it recognised that greater transparency in the fertiliser market was likely to help mitigate the effects of recent price volatility. It will be discussing the best ways to address this with industry representatives this week.

The Agricultural Industries Confederation, which represents the UK agri-supply sector, has welcomed further discussion with farming stakeholders to understand their concerns relating to fertiliser markets.