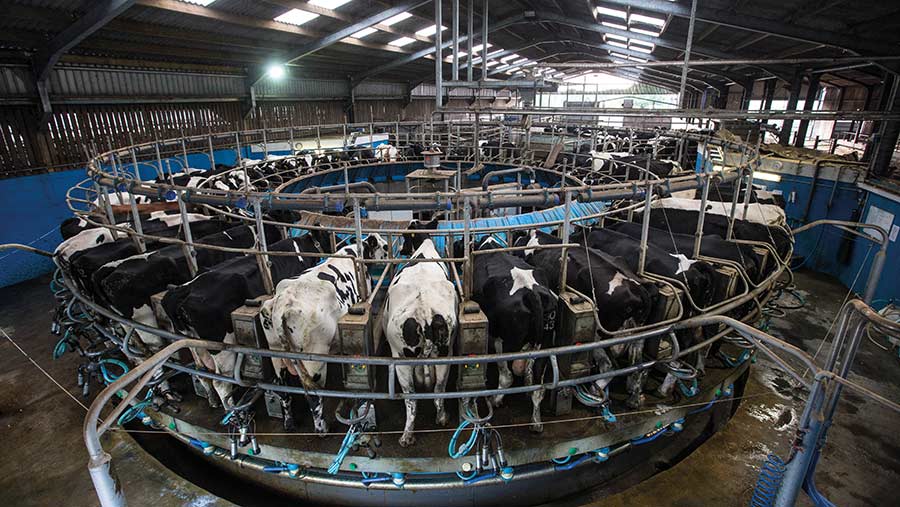 Farmers who need to renew their electricity contract this year are facing increased costs of up to 60% due to the ongoing energy crisis.

This means additional pressure on farm businesses and already tight margins that have been challenged by Brexit, the Covid-19 pandemic, reducing basic payments and escalating input costs.

About 26 energy suppliers have folded in the past five months, prompting calls for the government to intervene.

Businesses generally have bespoke long-term fixed contracts with suppliers that can expire at any point in the year.

Wholesale energy prices are very high for electricity and gas to be supplied in the next 12 months, according to consultancy NFU Energy.

Prices for 2024 are also higher than usual but are far lower than those for 2022, meaning longer contracts – where the price is an average of the whole contract term – can look more attractive.

Farmers who have had to renew their contracts recently have seen increases of 30-60%, with the renewal month having some effect on the price, said Jodie Hisgett, NFU Energy head of commercial sales.

The company predicted prices will stay high, with demand from global commodity markets resurging, as well as gas shortages remaining in the EU, and the potential for a cold winter.

One option for large energy users – typically spending £100,000 or more a year – is flexible procurement, which allows a business to choose to hedge a percentage of its consumption at any time, leaving some energy open to whatever the price may be on the day.

In comparison to 2021, electricity costs for dairy farmers are set to increase by 76% in 2022, from £46 a cow to £81 a cow, according to consultant Promar International’s most recent Farm Business Accounts report.

The significant price increase in many major farm inputs – with wheat and soya prices up 26%, oil up 100% and huge hikes in fertiliser prices – is a real concern, said managing director Neil Adams.

“Indirectly, the higher energy prices and the rising cost of transport will work through to other cost increases,” Mr Adams said.

“In addition, it is likely that interest rates will increase and all farms are having to react to a reduction in single farm payments.”

Getting the best deal on a new contract