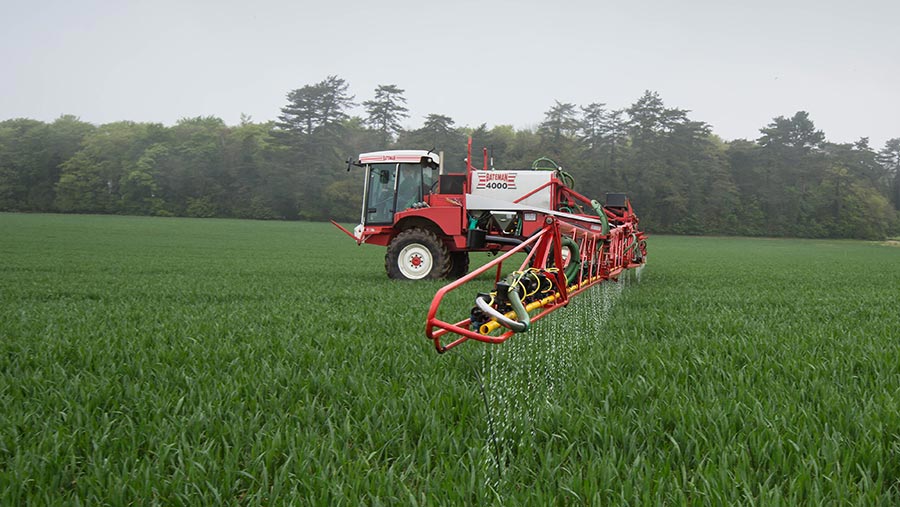 The outcome of the UK’s Brexit negotiations will be critical for the price of liquid nitrogen fertilisers, following the announcement of EU plans to apply anti-dumping duties on imports from Russia, Trinidad and Tobago and the US.

The European Commission has announced it intends to apply anti-dumping tariffs on imports of urea and ammonium nitrate (UAN), coupled with the compulsory registration of UAN imports from the three countries.

The tariffs vary according to the country concerned, and the size of the company involved, but start at 16.3% for Trinidad and Tobago, rising to between 31.9% and 39.3% for Russia,

Farm leaders in Europe have hit out at the plan, warning that the tariffs will be passed back to farmers, leading to a significant increase in the cost of UAN.

Jean-François Isambert, cereals’ working party chairman for EU lobby group Copa Cogeca, said: “According to our calculations, the proposed anti-dumping duties would add about €2bn to costs over a five-year period.

“Let’s be realistic, these additional expenses will never be passed on downstream in the agri-food chain and once again farmers will have to pay the price if such anti-dumping duties are applied.”

Jo Gilbertson, head of fertilisers at the UK’s Agricultural Industries Confederation, said the proposals were of serious concern to its members, as liquid nitrogen was a sizeable market, particularly on the eastern side of the country.

But the implications for UK farmers were complicated by uncertainty over Brexit.

“Our understanding is that these tariffs would be imposed if there was a customs deal [or the UK remains in Europe] and we have to follow the trade remedies of the EU because of that.

“However, if we have no deal, or the ‘May deal’, and we have an independent trade policy, then it is highly unlikely that these tariffs will be imposed.”

This is because the UK has no manufacturing capacity for UAN, importing all of its requirements, so the government is understood to be minded not to impose the tariffs because it has no home interests to protect, he said.