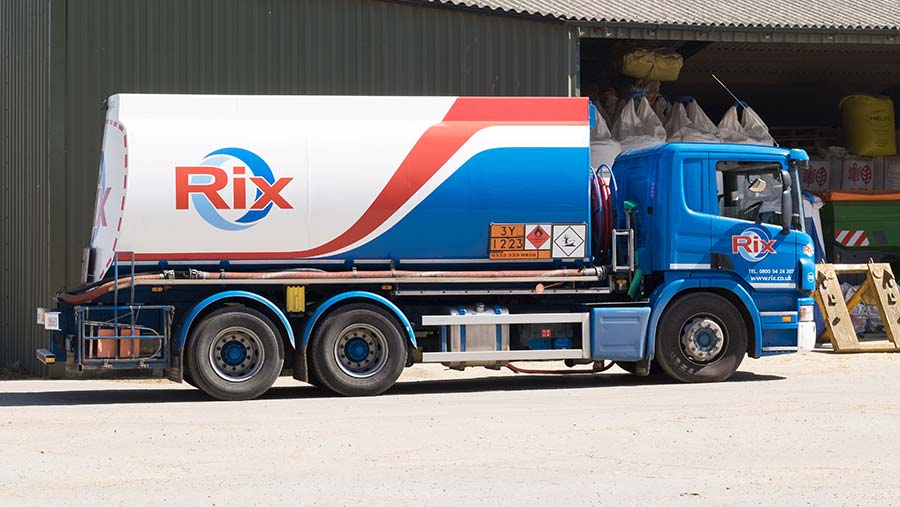 The Farmers Weekly diesel price tracker hit 59.3p/litre, up from 58.4p/litre last week based on a basket of quotes for 5,000 litres of fuel delivered within a 20-mile radius of the depot.

Prices began to climb on Monday (22 April) after the US government announced its decision to penalise any country that continues to purchase crude oil from Iran after 1 May, ending loopholes in previously implemented sanctions.

Diesel prices have been rising since the beginning of the year, when they were at about 53p/litre and are now at their highest level since late November.

Gareth Davies, CEO of input purchasing service Yagro, said fuel was trading on their platform at between 55.6-59.5p/litre at the end of last week, and prices had subsequently risen by about 0.6p/litre.

He said he expects the sanctions news to add no more than an additional 1-2p/litre on top of this at the farm gate as markets had largely already priced the developments in.

Mr Davies said analysis of the habits of buyers who accessed the lowest fuel prices revealed that increasing storage or grouping deliveries with neighbours to access bulk-buy discounts was helpful, with the biggest 36,000-litre deliveries currently commanding a 1.5p/litre discount.

Duncan Lambert, director and general manager at fuel distributor Rix Petroleum, said he had seen diesel prices rise by 1.1p/litre on Tuesday (23 April) after opening the day at 57.3p/litre, but expected further rises were likely to be modest.

“Markets are confused,” he said. “All the signs are saying the price should be going the other way.”

He said demand is limited at the moment after an open autumn allowed a huge amount of fieldwork to be completed and the mild winter has left a lot of surplus fuel in the market, meaning competition is fierce among UK suppliers.

Market traders expect there to still be a global surplus of oil, despite the blockade on Iran, and Mr Lambert said oil-producing countries were unlikely to try to drive prices much higher, as it would stimulate additional domestic production in America from fracking.

A higher-than-average number of farmers chose to forward purchase fuel ahead of the original Brexit deadline date of 29 March, with Rix currently having about six million litres of fuel committed to deliver by the end of the autumn.

Mr Lambert said a common tactic for minimising price volatility is to forward purchase 50% of requirements so that if the price drops, the remainder needed can be bought on the spot market.

Spencer Hill, fuel trading manager at AF Group, said if farmers were looking to fix a price over a portion of their fuel use they would need to establish the overall volume they wanted, over what time frame (generally up to two years) and how much they want to draw down each month.