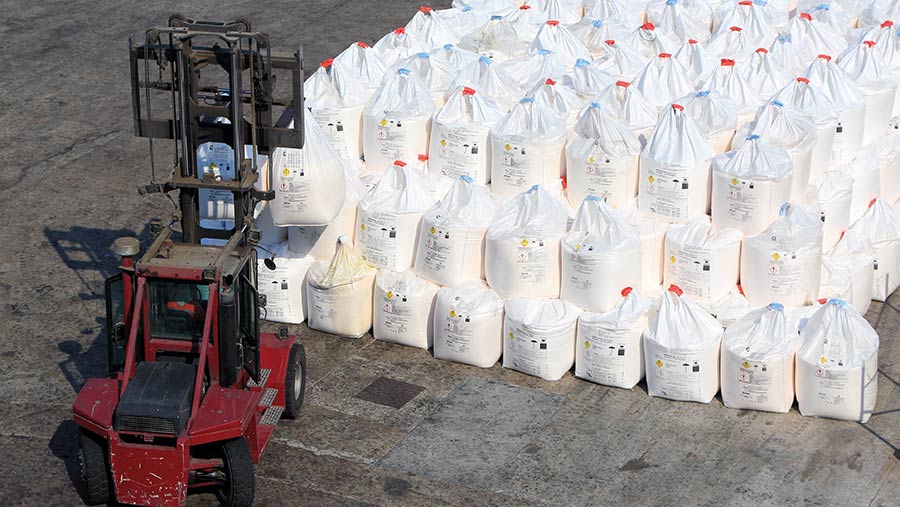 The next round of UK ammonium nitrate supply is expected to be available soon but at an increased value due to rising gas prices.

Last week (12 May), the first release of CF Fertilisers’ new-season ammonium nitrate (AN) was snapped up within hours at on-farm prices between £630/t and £640/t for June and July delivery.

This was well below market expectations and about £40/t lower than the cost of imported AN.

The offer was for a limited tonnage on the usual 28-day payment terms, and at the time frustrated traders had no indication of when any further UK supply would be available.

Advisers were expecting further AN for September delivery to be released on Wednesday 18 May, with another limited allocated tonnage and a big increase in prices anticipated due to the 35% week-on-week rise in gas prices from 128.71p/therm to 172.26p/therm.

Gas prices remain volatile due to the Russia-Ukraine conflict, as Russia is a major gas supplier to many countries and recently unveiled sanctions on energy companies in the EU.

CF Fertilisers has two manufacturing plant – one in Billingham, Teesside, and one in Chester, Cheshire.

But only Billingham is currently operational, which is limiting available domestic tonnage in a market already heavily reliant on imported product.

Imports from Europe are not forthcoming, say traders, with producers in Europe looking after their own markets while there is no Russian AN available.

Urea prices spiked soon after the Russia-Ukraine conflict began due to supply concerns with Russia being one of the world’s biggest urea producers.

However, since then, prices have been easing off, with urea continuing to be a very cheap option on a cost per nitrogen unit basis compared to AN, and this is likely to remain the case.