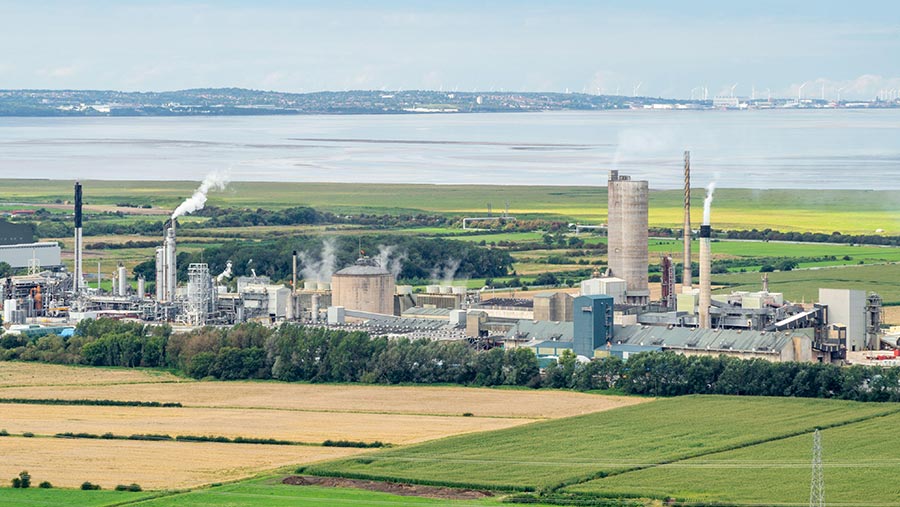 A bid by a UK-based consortium to buy CF Fertiliser’s manufacturing site in Cheshire as a going concern is understood to have collapsed.

According to the Telegraph, the UK Nitrogen consortium, led by former British army chief Lord Dannatt, has failed in its attempt to convince parent company CF Industries to sell it the factory at Ince.

A spokesperson for CF Industries declined to confirm to Farmers Weekly the reports that UK Nitrogen has pulled out after its final bid was rejected by the company last week, suggesting instead that no bid had yet to come forward that was likely to save the plant.

“CF Industries has spoken with several parties,” he said. “In the course of those discussions, at no point thus far have the parameters of any transaction – proposed or outlined – appeared likely to secure the long-term future of the Ince manufacturing facility and its employees.”

Justin Madders, MP for the Ellesmere Port & Neston constituency where the plant is based, said he was concerned that CF Industries might be holding out for an unrealistic price.

“This is because they will be thinking not just about the value of the Ince site, but also the knock-on effects on their remaining site in the UK [at Billingham] if there is a competitor,” he said.

“I’m very concerned this is what might be proving to be a stumbling block in negotiations.”

Mr Madders said the government needed to “wake up” to the potential risks of allowing the site to permanently close, which would lead to significant job losses and implications for farmers in terms of fertiliser security.

But asked to comment on whether the government was worried about the effect the potential loss of the plant could have on security of fertiliser supply, a spokesperson for the Department of Business, Energy and Industrial Strategy said: “The government believes this is an issue for the market to solve.”

NFU deputy president Tom Bradshaw said a lack of infrastructure to produce fertiliser in the UK would make the industry more reliant on imports.

“We will continue to monitor the future of the Ince site and what any purchase could mean for domestic fertiliser production,” said Mr Bradshaw.