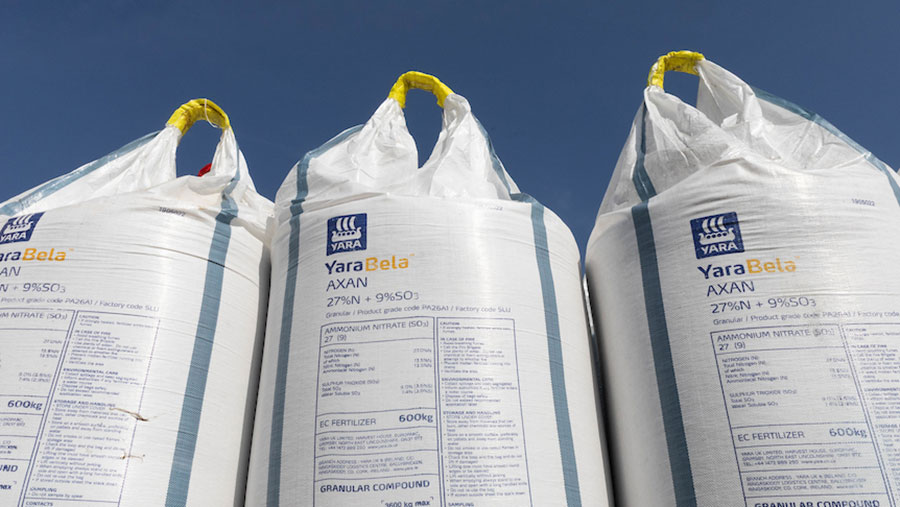 An update from Defra on agricultural inputs is expected to be released shortly in response to rising prices following conflict in Ukraine.

At the Low Carbon Agriculture show on 8 March, Defra farming minister Victoria Prentis suggested that the department will be making announcements in relation to the use of several inputs later in March.

The announcement is expected to cover statutory guidance on use of urea and water, with reference also to biofertiliser and anaerobic digestion.

Ms Prentis said she was aware that many farmers had bought fertiliser at very high prices and some farmers were choosing to reduce inputs.

“What we are doing is evolution not revolution, with the agricultural transition taking place over seven years we might have to change our mind and adapt as we go along,” Ms Prentis said.

Lee Waters, deputy minister for climate change for the Welsh government, believes we are facing a red alert for humanity, and farming is going to be facing wilder and wetter winters.

Mr Waters said: “In order to achieve net-zero in the next 10 years we need to achieve more cuts in emissions than in the past 30 years.

“Eighty per cent of land is owned and managed by farmers and landowners and that is a key part of where we need to be making a change.”

The Defra farming minister offered an insight into the agricultural transition plan and how agricultural policy will incentivise low-carbon farming practices.

It was suggested that net-zero is likely to become more of a focus in environmental land management schemes and other agricultural policies.

Just over 50% of farmers are currently in Countryside Stewardship, and it is expected these farmers will transition across to schemes such as the Local Nature Recovery scheme, according to Ms Prentis.

Dr Nina Skorupska, chief executive of the Association for Renewable Energy and Clean Technology, said there are currently 138,000 jobs in renewable energy and an extra 200,000 jobs could be created by 2035 in the sector if the growth is accelerated.