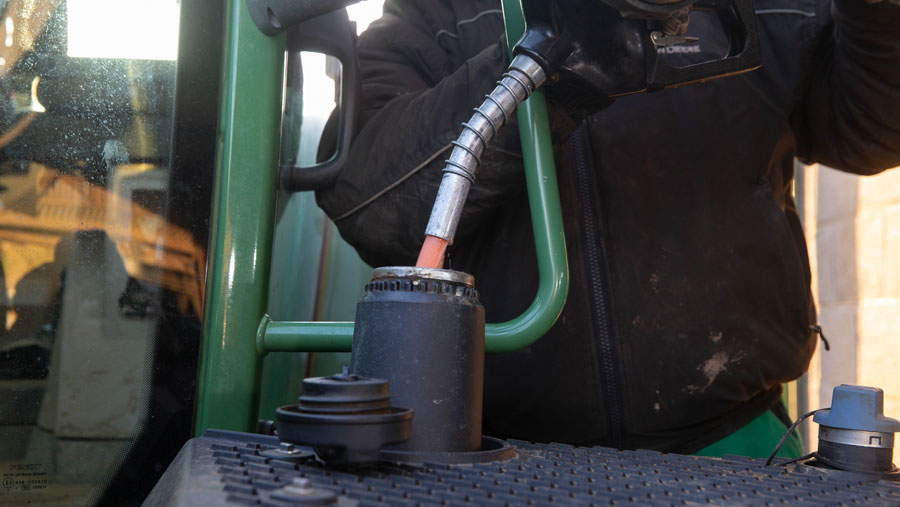 Red diesel prices are up nearly 6p/litre on the week after high demand and several days of supply disruption.

The national average diesel price rose to 68.72p/litre on Wednesday 29 September, up from 62.85p/litre the previous week.

The price is based on a Farmers Weekly UK-wide survey for a 5,000-litre delivery within 20 miles of the depot on 28-day payment terms.

See also: How has the UK’s exit from the EU affected trade so far?

This is a huge jump on the same time last year, when the average price was reported to be just 40.9p/litre.

Fuel prices are sensitive to the global oil trade, and crude oil values rose above US$80 (£59) a barrel on 28 September for the first time in three years.

It has also been suggested that the prolonged issues with petrol and diesel supply has affected gas oil availability, with pressure being applied to tanker drivers to prioritise topping up garages.

The surge in demand from customers panic-buying fuel was exacerbated by concerns that the current huge shortage in HGV drivers would result in a lack of petrol and diesel.

The government has since granted 5,000 fuel tanker and food lorry drivers temporary visas to work in the UK until Christmas Eve.

The Orion Farming Group said in its weekly fuel update that its fuel supplier price for average volumes at standard delivery times was at 67.67p/litre on Tuesday 28 September, up by 6.65p on the week.

The buying group said fuel orders in the three days to midweek had been 43% higher than the peak three days of harvest, and prices have risen about 10% in the week to 29 September.

Lead times from suppliers reached 10 working days on 27 September, but this has not since increased further.