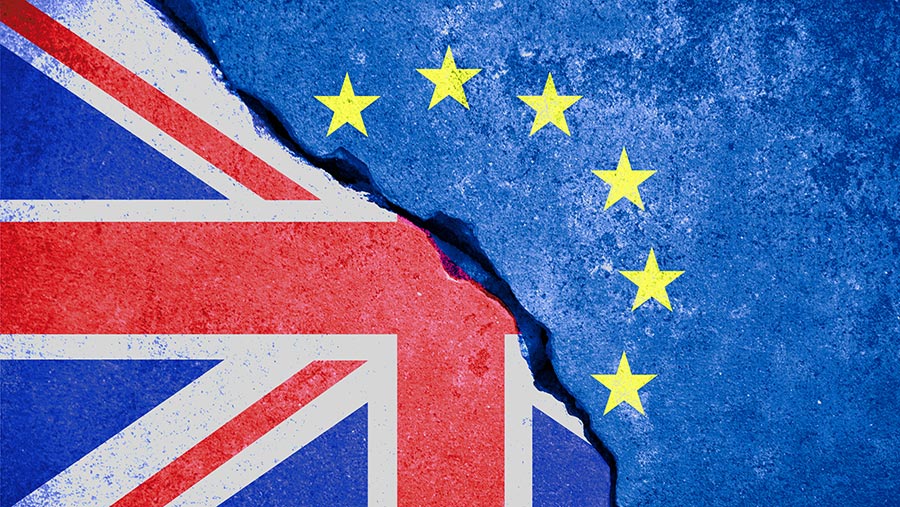 Export volumes to the EU so far this year across all sectors are down compared to pre-Brexit levels, according to HMRC data.

Closure of the food service sectors, trade frictions between the UK and EU, along with high farmgate prices in the UK have been the main driving forces behind these lower export volumes.

Peter Hardwick, trade policy adviser for the British Meat Processors Association (BMPA), said the administrative costs of exporting to the EU have doubled in the past year.

The cost of exporting has been driven up by increases in veterinary expenses, transportation costs and customs checks.

UK beef export volumes totalled 36,000t, which was 30% lower during the first five months of 2021, compared to year-earlier levels.

Tight supplies of cattle available is one of the major reasons for this reduction, although high farmgate beef prices and trade friction will have also had an impact.

Beef import volumes from the EU were 24% lower year-on-year, to total 69,000t during the first five months.

A reduction in shipments from Ireland, where supply also remains tight, is behind this drop.

Sheepmeat exports have been back in terms of both value and volume for the year to date.

British exports totalled 24,600t in the year to May, down 6,500t year-on-year, according to AHDB analyst Rebecca Wright.

“There has been continuing trade friction between the UK and the EU, which has no doubt put volumes under pressure.

“Equally, domestic farmgate prices remained high during May, which would have reduced the competitiveness of British lamb,” said Mrs Wright.

UK sheepmeat imports were 19% below last year’s levels during the same period, at 24,000t.

Declines in volume of fresh/frozen pork being exported accounted for most of this reduction.

UK pigmeat imports at 271,300t were down by 15% in total, with declines across all the main pigmeat products, including fresh/frozen pork and bacon.

UK dairy export volumes to the EU dropped by 12% during the first five months of trade, to total 475,000t according to HMRC data.

UK dairy imports from the EU during the first five months of trade dropped back by 13% on the previous year, to 503,000t.

British exports of seed potatoes to the EU have been banned since the start of the year.

In response to this, Defra has more recently banned imports of seed potatoes entering the UK from the EU.