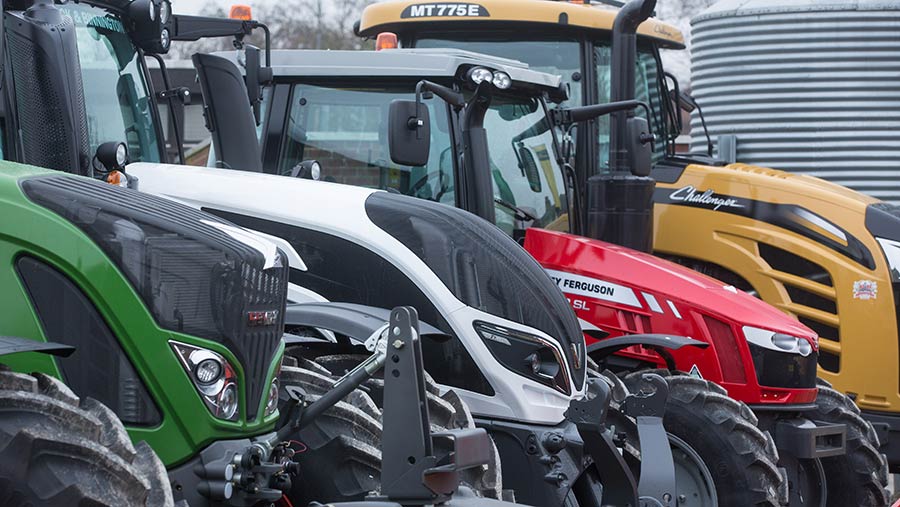 UK agricultural tractor registrations were above last year’s levels for the 10th consecutive month during August.

During the month, 829 new tractors were registered, an increase of 26% on the same month last year.

For the year to date (January to August), total registrations were up by 23%, with 8,693 units being listed.

While an increase on last year’s registration levels was to be expected, the figures are also 6% higher than the five-year average for the opening eight months of the year.

The Agricultural Engineers Association (AEA) suggests the figures could have potentially been higher if not for increased delivery lead times for some machines, due to Covid-19 disrupting global supply chains.

Stock levels are reportedly low at both at dealers and manufacturers, with tractors often going straight out to customers as soon as they become available.

Stephen Howarth, agricultural economist at the AEA, said: “Typical lead times have gone from two to three months last year to roughly three to six months currently, although this varies between manufacturers.

“The market is pretty strong at the moment and the figures reflect that, the market is currently at or above average for most types of machine.”

Mr Howarth said many farmers are in a better financial position this year, with prices up across several sectors.

There is also an element of catching up, as businesses held on to machines for another year last year due to uncertainty and the fact it was a difficult year for farming.

Strongest demand for tractors remains at the bottom and the top of the range.

Smaller tractors ranging from 50hp to 120hp have been selling well.

There is also growing demand for the largest tractors on the market as demand for more powerful machines shifts up.