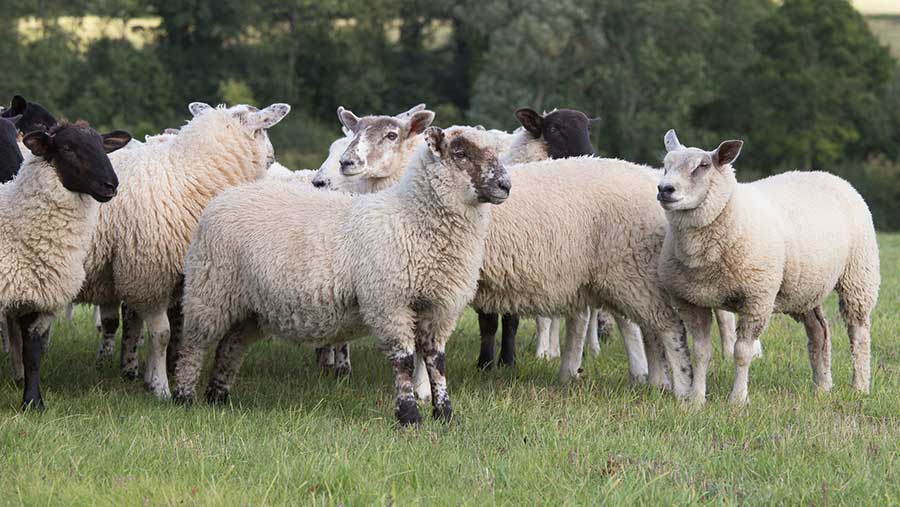 Lamb prices have had a very mixed week with sharp declines in live markets early on, followed by rises that helped values regain ground.

In Thursday’s markets across GB, the SQQ average recovered to 257.63p/kg, up 23p/kg on a throughput almost a third higher than on the same day last week.

However, sales ahead of the Islamic festival of Eid-Al Adha – which begin on 19 July – were countering any easing from the French situation and supporting GB values, said Ms Wright.

Demand is supported by family meals during the period, with lamb a favourite. In addition, older lambs are offered as a sacrifice, she explained.

Gordon McWhirter, ruminant specialist for livestock at Meadow Quality, said the lack of throughput had been key in stabilising prices.

He reported that values had tumbled by 80-100p/kg deadweight at the start of this week, dragging down prices to the £5/kg mark.

“In recent times, we have seen a lot of smaller lambs coming through for sale as farmers capitalised on high prices.

“The sudden fall in prices meant farms decided to hold on to stock to put more finish on them and take them to higher weights.”

But it was not just the deterrent of lower prices that kept farmers away from market, Mr Williams said.

“Better weather has seen a lot of farms getting on with silaging north of the border. This has combined with the start of school holidays as farmers hold off marketing lamb,” he said.

Prices had followed the pattern seen elsewhere, with falls of about 50p/kg down to 500p/kg at the start of this week. By 1 July, prices had rallied and stood 30-40p/kg higher at around 540p/kg.

He forecast that prices would hold at 520p/kg 540p/kg next week.

But he expected larger numbers forward as more unsettled weather was predicted for the North.

Farmers will go into flocks this weekend and the extra throughput could be a test of the market, Mr Hall said.

Meanwhile the Ulster Farmers’ Union (UFU) has expressed frustration at the price drop and urged farmers to push buyers for fair prices.

UFU beef and lamb chairman Pat McKay said: “Last week, the average lamb price was £5.31/kg and to drop it to £4.80/kg this week seems unreasonable.

“The GB price is well above the values in NI putting local farmers at a serious disadvantage.

“We were expecting lamb trade to remain strong as the Eid Festival is due to start mid-July.

“Going forward, we ask farmers to sell hard in the live ring and when trading directly with processors.”

The UFU plans to meet sheep processors over the coming weeks to discuss current sheep prices.