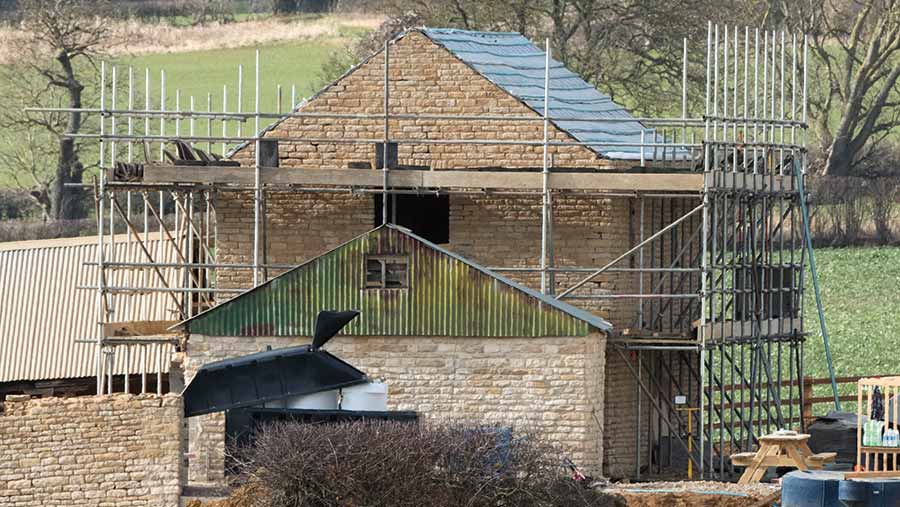 Overage negotiations have become a routine feature of many farm sales. Michael Fiddes, head of estates and farm agency at Strutt & Parker, explains why and outlines the main pros and cons.

Overage is a condition placed on the sale of a property that means the buyer has to make a payment, on top of the agreed purchase price, if a pre-agreed event is triggered at a later date.

That event is normally residential planning permission being obtained on the land, but it can also be commercial development, the conversion of any farm buildings, or a change of use.

The overage payment is expressed as a percentage of any uplift in the value of the land due to the event taking place in the future. It is also known as uplift or clawback provisions.

How common is overage?

Ten to 15 years ago, it was hardly used, but overage is now seen in more than 25% of land transactions. It is normally used where land is adjacent or close to a built-up area.

We live in a world where the ability to predict the likelihood of obtaining planning permission has become much more difficult, as planning laws and regulations have been eased because of the demand for residential housing.

There have been a number of instances where land which people thought would never be developed has been built on.

As a result, sellers are choosing to go down the overage route because they want to make sure they do not lose out completely in the future.

Once planning permission is obtained, land can be worth more than 50 times its agricultural value.

How are overage clauses usually structured?

This varies from deal to deal. However, it is unusual to see many that apply for more than 50 years.

Any sellers looking for more than a 35% share of the value of any uplift are likely to get resistance from buyers, or it may affect the value that people are prepared to pay in the first place.

Are there any disadvantages?

The main disadvantage of insisting on overage is that it adds complexity to the selling process.

The documentation needs to be drafted extremely carefully to make sure it stands up to scrutiny. Establishing exactly what events would trigger any payment is critical. The negotiations will also address at what point money would be expected to be paid.

Hammering out the details can take several months, which inevitably slows down the sale process and adds to legal costs. It doesn’t matter how much you set out the parameters for overage at the outset, going through the detail becomes a separate negotiation.

See also: Why preparation is key for a fast farm sale

How do buyers view overage?

It has become more of an accepted norm in the marketplace, although buyers will push back if they think the balance between risk and reward is wrong.

In places where it would appear that development is highly unlikely, purchasers may be reluctant to accept overage as it is another burden on their title and they want to buy a property free from as many restrictions as possible.

The decision to seek overage has to be made on a case-by-case basis. One client selling a block of land decided against it, although it was a farm where there was quite a high likelihood of getting development in the medium term.

The land ended up selling for a 30% premium because it was cleaner and simpler for the buyer.

One alternative is to put a restrictive covenant on the land that is being sold to prevent it being developed. If the buyer wants to develop the land at a later date they would need to offer the vendor a financial incentive to release them from the covenant.

However, this is only an option for landowners who have land physically adjacent to the land which they are selling.

Another option is to retain a ransom strip. This approach is not popular as the ransom strip has to be in the right place and most buyers will want to have control of the whole property.

How are overage payments treated from a taxation point of view?

The initial sale of the land will generally be subject to capital gains tax. However, a subsequent payment could be caught under the Income Tax Act 2007, sections 752 and 756, because the vendor’s rights under the contract were acquired “with the sole or main object of realising a gain from the development of the land”.

This means overage payments run the risk of being taxed at the higher income tax rates, rather than subject to capital gains tax.